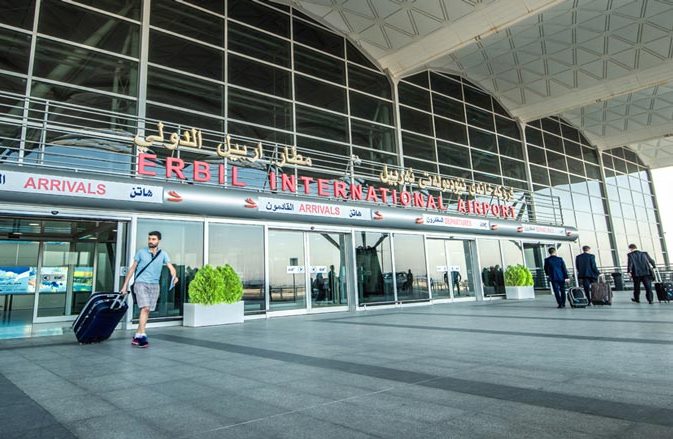 (Azatutyun). Weekly flights from Armenia to Iraq’s Kurdistan region continued on Friday despite the Iraqi authorities’ decision to close the region’s airspace to foreign airlines in retaliation for its vote for independence.

A plane belonging to a private Armenian airline flew from Yerevan to Kurdistan’s capital Erbil just hours before the ban imposed by Baghdad was due to come into effect.

The ban followed the Kurdistan Regional Government’s refusal to hand over control over the airports in Erbil and another regional city, Sulaimaniya. The Iraqi Civil Aviation Authority sent a notice to foreign airlines telling them that international flights to both cities will be suspended at 1500 GMT on Friday and only domestic flights will be allowed.

The Yerevan-Erbil flights operated by an Iraqi company were carried on Saturdays. According to the Armenia Airline carrier, the latest flight was brought forward by one day at the request of its Iraqi partner.

The airline’s deputy director, Gevorg Khachatrian, said the company has no plans yet to suspend the service. “We have received no notifications, and as of now there are no changes in our flight schedule,” he told RFE/RL’s Armenian service (Azatutyun.am).

Armenia’s Directorate General on Civil Aviation did not clarify whether it will order the company to suspend the flights. “If the airspace is closed, we will obviously decide whether or not to continue the flights,” said a spokeswoman for the government agency.

Neighboring Iran and Turkey have already said that the will comply with Baghdad’s ban on flights to and from Kurdistan. Reuters reported that as of Friday morning two European carriers, Lufthansa and Austrian Airlines, kept at least one flight still scheduled after the deadline.

Iraq’s Kurds overwhelmingly voted for their autonomous region’s independence on Monday in a referendum strongly condemned by the Iraqi central government as well as Iran and Turkey.

Yerevan has maintained cordial relations with both sides. It formally decided to open an Armenian consulate general in Erbil in March shortly after Nalbandian held fresh talks with Massoud Barzani, the Iraqi Kurdish president, in Germany.

Armenia’s trade with the Kurdish region and other parts of Iraq has grown considerably in recent years. Armenian exports to the Middle Eastern nation account for the bulk of bilateral trade which stood at $138 million last year.