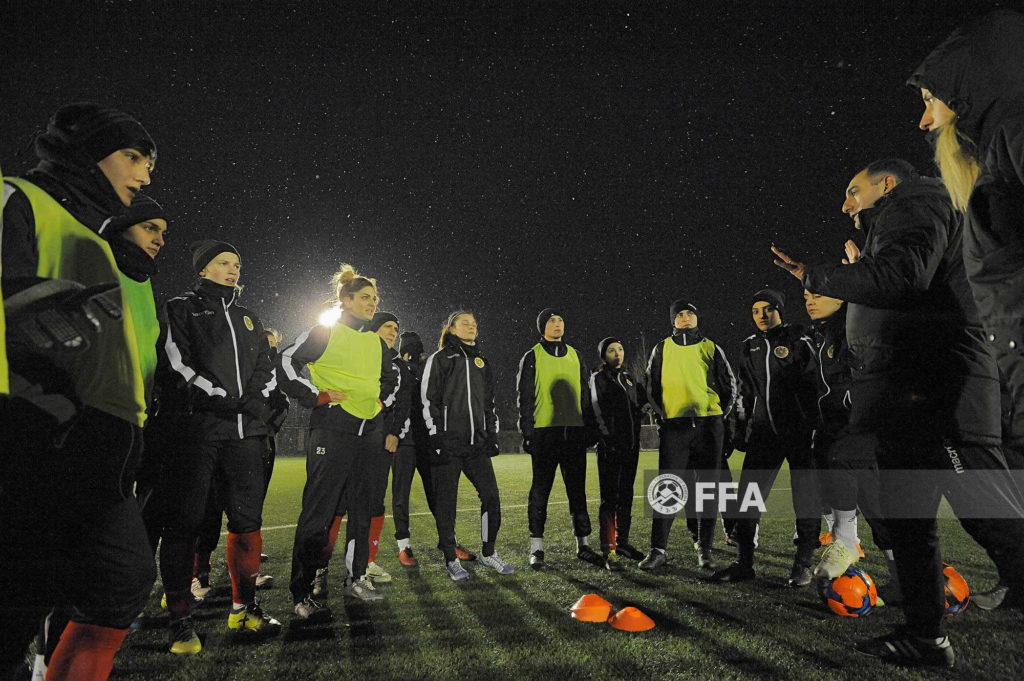 The team held the first three-day training in Yerevan. Twenty-eight players were invited to participate in the training session.

The footballers represented only the Armenian league, but players from abroad are also expected to be invited in the future.

“We have the basis on which we can build our future work. We also have U17 and U19 teams, where we implement the same program in order to prepare the players for the national team,” head coach Manuk Sargsyan said.

“These are the first steps,” the manager said, voicing confidence that better results will be achieved and the team will become more competitive.