Armenia Will Have a National “Low Cost” Airline: Agreement Signed with Air Arabia 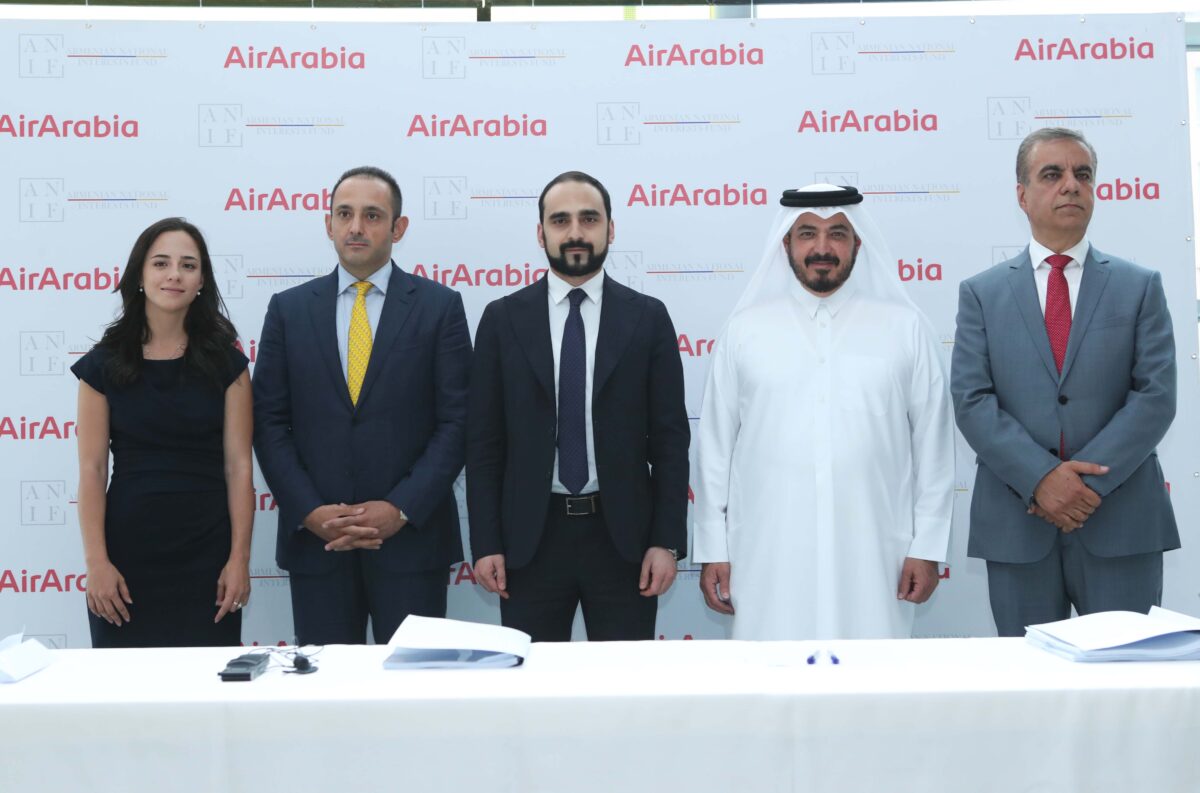 (Armradio)- The agreement signed between the Armenian National Interests Fund (ANIF) and Air Arabia airlines is an important step on the path to the establishment of national airlines, acting Deputy Prime Minister of Armenia Tigran Avinyan said today at ”Zvartnots” airport.

”This is an investment program of strategic importance and creates great opportunities for the development of aviation in Armenia”, Tigran Avinyan said.

Acting Deputy Prime Minister of Armenia Tigran Avinyan and Chairman of the Board of Directors of UAE’s national airline Air Arabia, Sheikh Abdullah Bin Mohamed Al Thani, took part in the signing ceremony of the agreement on the establishment of a new Armenian national airline.

According to Tigran Avinyan, an independent joint company will be established by the agreement, which will be based at Zvartnots Airport.

According to him, the new national airline, as a low-cost airline, will foster the development of tourism and other interconnected sectors, while the cooperation with Air Arabia, one of the most financially efficient airlines in the world and the largest in the Middle East and North Africa, makes the program more attractive. 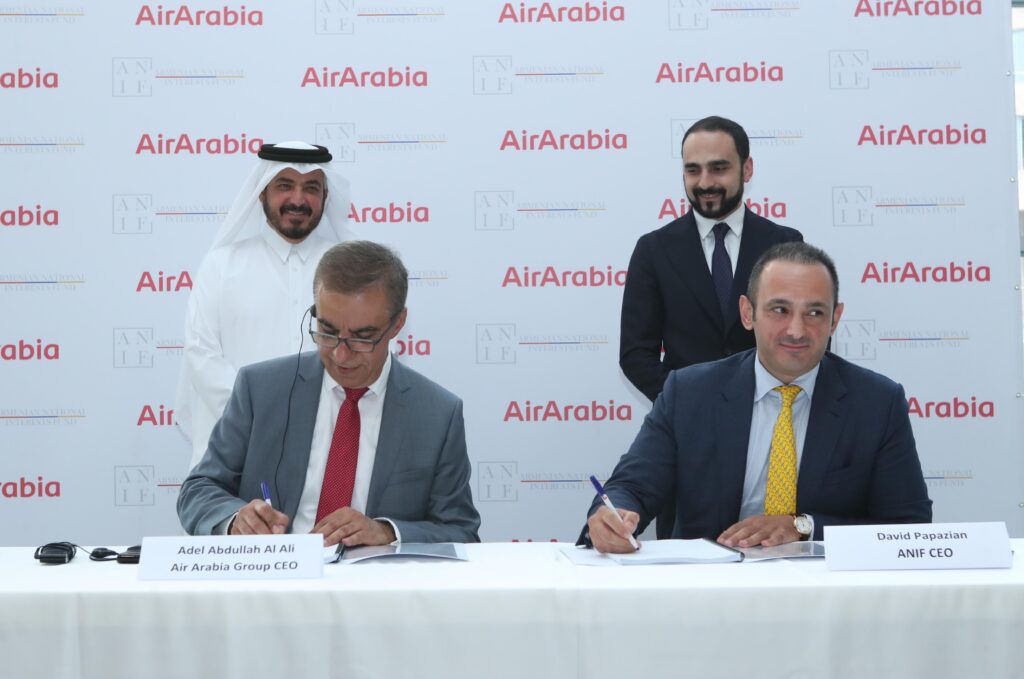 ՛՛The creation of a new national airline will expand the opportunities of the citizens of Armenia for affordable and quality air travels. I am sure that this will be a successful project, the results of which will be visible in a very short period’’, the acting Deputy PM said.

Tatevik Revazyan, Chairwoman of the Civil Aviation Committee of Armenia, noted with great joy that Armenia will finally have a national low cost airline, emphasizing that the national airline is created by the best aviation specialists in the world.

According to Revazyan, it is difficult to create a successful airline, as this sphere is very competitive. That’s why they have hired the best professionals who share their vision.

Armenian Soldier Killed By Azerbaijani Forces Near The Nakhchivan Border