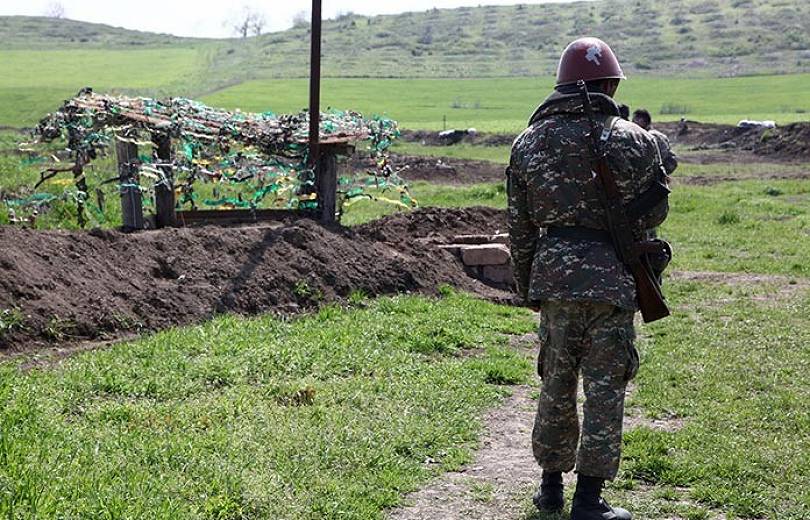 YEREVAN (A.W.)—Armenian Armed Forces serviceman Private Chaplin Margaryan (b. 1998) was killed by Azerbaijani fire on the morning of Oct. 11. According to Armenia’s Ministry of Defense, the incident took place at a military unit located in the northeastern direction along the Azerbaijani border.

The Ministry also expressed its grief and offered its support to Margaryan’s family, friends, and fellow soldiers, and announced that it has launched an investigation into the incident.

Private Margaryan’s death comes less than two weeks after Artsakh serviceman Seyran Sargsyan(b. 1998) was killed by Azerbaijani fire. According to a press statement released by Artsakh’s Ministry of Defense, Sargsyan was killed in the southeastern direction of the Line of Contact (LoC) between Artsakh and Azerbaijan on Sept. 28.

The Armenian Foreign Ministry has described the killing of the Armenian soldier as an act of provocation ahead of a meeting between Armenian President Serge Sarkisian and Azerbaijani President Ilham Aliyev.

“Ahead of a meeting of Armenian and Azerbaijani presidents, [Azeri President] Ilham Aliyev continues provocations,” Ministry spokesperson Tigran Balayan said in a tweet. Earlier, President Sarkisian’s spokesperson Vladimir Hakobyan told Yerevan reporters that it has long been known to everyone that the Azerbaijani authorities resort to provocations before high-level meetings “in an attempt to pollute the political environment.”

The Armenian President’s press service announced yesterday that Sarkisian would be traveling to Sochi, Russia on Wednesday, to take part in the sessions of the Council of the Heads of CIS States and the Supreme Eurasian Economic Council.

It is likely that the much talked about upcoming meeting of the Armenian and Azerbaijani Presidents will take place in Sochi at the sideline of the scheduled sessions.

Armenia To Get Another Russian Loan For Arms Imports