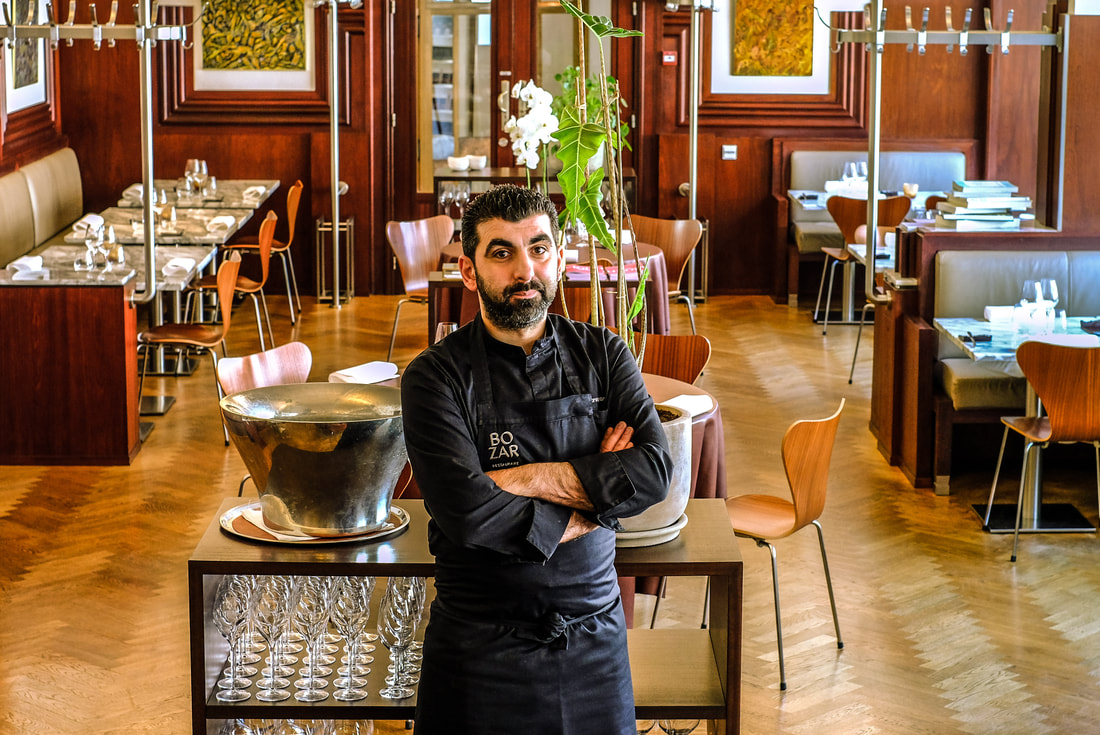 (Armradio)-Armenian chef of the Belgian Bozar restaurant has been awarded the fourth Michelin Star.

“When we love we don’t count,” he captioned a photo on Instagram.

Bozar Restaurant located in the heart of Brussels in Belgium is the place where Karen Torosyan shares his vision of gastronomy with the world.

Chef Karen Torosyan is one of the most remarkable chefs in Belgium – if not Europe. Karen originally hails from Armenia and arrived in Belgium at the age of 18.

He finished his hospitality studies at INFOBO and gained experience in various types of restaurants such as Michelin starred Bruneau and Chalet de la Forêt.

It was at these restaurants that Karen discovered the real French cooking and the need for structure and hard work in the kitchen. At the famous La Paix restaurant of Chef David Martin, Karen also learnt the business aspects of running a restaurant.

It was under the wings of Chef David Martin that Karen got the opportunity to go his own way with the start of Bozar Brasserie. After a few years, he became fully independent and quickly gained name and fame in the culinary world.

Michelin Guides are a series of guide books published by the French tyre company Michelin for more than a century. The term normally refers to the annually published Michelin Red Guide, the oldest European hotel and restaurant reference guide, which awards up to three Michelin stars for excellence to a select few establishments.

The acquisition or loss of a star can have dramatic effects on the success of a restaurant. Michelin also publishes a series of general guides to cities, regions, and countries, the Green Guides.