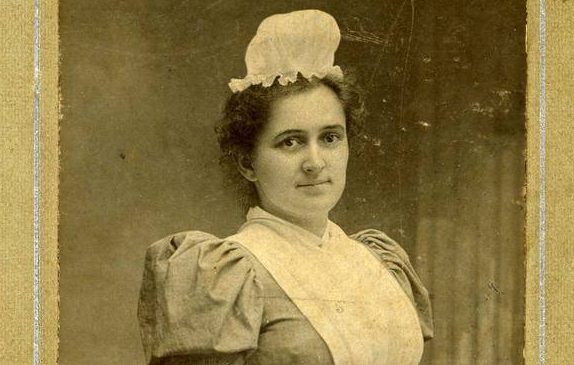 TORONTO (A.W.)—The Armenian Community Center of Toronto will honor Sara Corning—a Canadian humanitarian and nurse, who helped to save 5,000 Armenian orphans of the Armenian Genocide—as the 2017 Outstanding Canadian.

The Armenian Community Center of Toronto established the Outstanding Canadian Award in 1985. The award honors those Canadian women and men who have served Canada with integrity and distinction in all spheres of public, social, and cultural life.

“Since Confederation many Canadians have devoted their time and energy to give back to this great nation what they have received from it. The award is bestowed upon those who have truly made a difference,” read a part of the statement from the Armenian Community Center of Toronto.

“2017 marks the 150th anniversary of Confederation, with this in mind, we have decided to honour the late Sara Corning (1872-1969).  Ms. Corning represents the 20th century heroine—she lived to serve others,” a part of the statement read.

Born in Canada, Corning trained as a nurse in the United States. She joined the U.S. Red Cross during the First World War and subsequently signed on with the Near East Relief, a U.S. charitable foundation established to assist the displaced populations of the Balkans, Asia Minor and the Middle East.

In 1921, Corning arrived in a small village at the foot of Mount Ararat to take charge of an orphanage. She later moves to Constantinople (Istanbul). Upon hearing the fall of Smyrna (Izmir), she heads to that coastal city to help the injured and refugees. While in Smyrna, she learns of the existence of an Armenian orphanage and organizes the rescue of the orphans. Guiding small groups of children (most were under 12 years old and almost all were female) through the turmoil and the slaughter in the burning city, Corning delivered them to the harbor, where American sailors rowed them out to waiting destroyers. No record remains of the time required to evacuate the orphans, but when the operation was complete, more than 5,000 children had been rescued.

The Sara Corning Center for Genocide Education in Toronto—an organization that supports research and education on human rights and genocide.

The event’s keynote speaker is The Honorable Jean Augustine, the first African-Canadian woman elected to Canada’s House of Commons and the first to serve in the federal Cabinet. Augustine served as the Member of Parliament for the Toronto-area riding of Etobicoke-Lakeshore, winning four consecutive elections until her retirement from politics in 2006.

“The Outstanding Canadian Award is our community’s way of recognizing and contributing back to the greater Canadian society.  It is the one event where we step back and appreciate an individual’s contribution to the betterment of our Canadian society,” the statement concluded.

The presentation of the Outstanding Canadian award will take place on Nov. 26 at 6 p.m. in the Armenian Community Centre of Toronto (45 Hallcrown Place, Toronto, Ontario, Canada).

Tickets can be purchased from Talin Kelebozian  647-866-9218 and Karine Kupelian 416-648-5779 or by emailing anct@anctoronto.org. Tax-deductible receipts will be provided for all purchased tickets.