‘Armenian Highland’ to reveal the hidden lands of Western Armenia 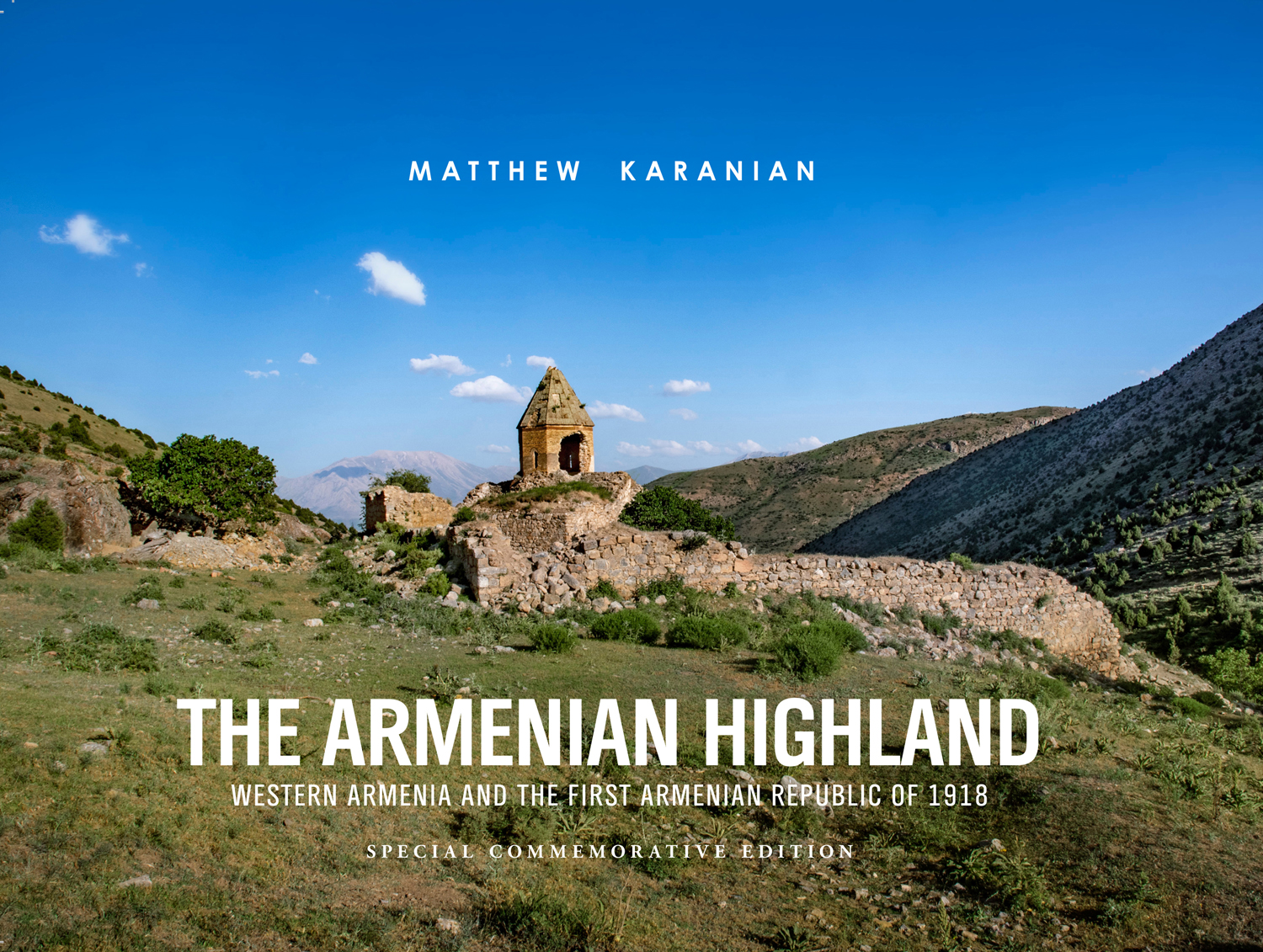 ‘The Armenian Highland,’ a hardcover photo-history book celebrating the Armenian nation, will be published on April 15.

“This is an unusual book,” says Karanian. “I have curated a photo-based historical guide to the ancient homeland of the Armenian nation, but I have focused on the part of Armenia that is today located entirely outside the borders of the modern Republic of Armenia.”

These lands are more commonly known today as Western Armenia or as Historic Armenia. But Karanian’s book refers to these lands as the Armenian Highland.

Karanian says ‘Armenian Highland’ also has a forward-looking connotation that is absent from the term Historic Armenia.

“This is our homeland,” says Karanian about the Armenian Highland region. “It’s been our homeland for thousands of years. And it will be our homeland tomorrow, as well.”

The geographic name Armenian Highland fell into disuse during the decades that followed the Armenian Genocide after Turkey renamed the region and issued revised maps cleansed of the Armenian name.

‘The Armenian Highland’ book tells the history of the Armenians through a combination of photography, maps, and the author’s scholarly research and fieldwork.

Modern color photos depict the ancient Armenian homeland– all the Armenian provinces of the former Ottoman Empire as well as Ani and Kars– as it exists today. Historic images show the same scenes as they appeared one century ago, often juxtaposed with stunning effect.

The field research and photography are original and are the product of the author’s travels throughout the lands of the Armenian Highland from 1997 through 2018.

‘The Armenian Highland’ book also includes detailed maps that show the Armenian nation as it existed until 1915. Many of the maps are adapted from the works of the cartographer and scholar of Armenian history Prof. Robert Hewsen. The book also includes antique maps by Mardiros Kheranian, a famous cartographer whose maps are on display at Echmiadzin and at Yerevan’s National Museum.

The text, the vivid photography, and the detailed maps, all combine to create a single volume resource that introduces the reader to an Armenia that has rarely been seen since 1915.

“No other book has ever depicted the Armenian homeland in this manner,” says Karanian.

“The effect is a book that can reach our young people who may have forgotten about our roots, as well as an older readership that may have come to think of Historic Armenia as simply a topic for arcane scholarly research,” says Karanian.

Karanian is a lawyer in California. He is a passionate supporter of Armenia who has lived and worked in Yerevan for many years. He has served as an associate dean and professor of law at the American University of Armenia in Yerevan.

The Armenian Highland book will be available from Amazon and at most bookstores on April 15. The book is also available directly from the publisher Stone Garden Press at www.HistoricArmeniaBook.com

‘The Armenian Highland’ is printed in the USA on high quality archival paper and published by Stone Garden Press of Pasadena, California.