Armenian People Have One Task- To Achieve Recognition Of NK People’s Right To Self- Determination: PM 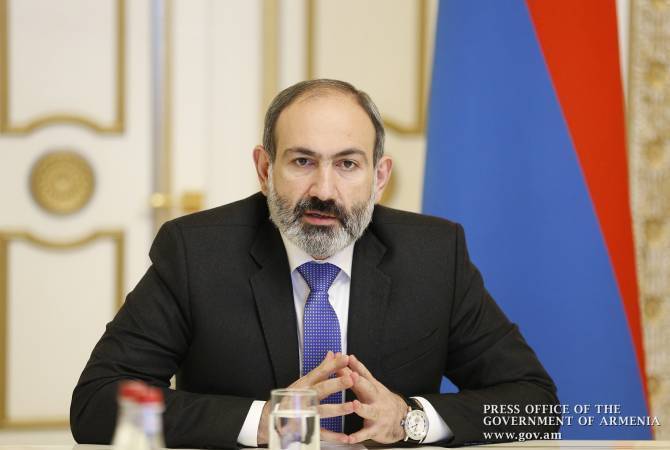 (Armenpress). The Armenian people have one task to do – to unite, concentrate all their potential, stop the adversary with a decisive blow and reach an irreversible victory, that is the final solution of the Nagorno Karabakh issue, the recognition of the Nagorno Karabakh people’s right to self-determination, Prime Minister of Armenia Nikol Pashinyan said while addressing the nation today.

“The souls, spirit, and strength of our strong ancestors and heroes – King Artashes, Tigran the Great, Ashot Yerkat, Aram Manukyan, Hovhannes Baghramyan, Monte Melkonyan, Vazgen Sargsyan, are with us today. Today Armenians are united more than ever: hundreds of thousands of Armenians are providing these days financial, economic, news, political support to Armenia and Artsakh”, the PM said.

He stated that the Armenian side has suffered numerous losses. “At this moment the number of our victims is very high, and I mourn for our heroic victims who defended the Homeland with their lives, defended their own people’s right to live, defended our identity, dignity and future. And I bow before all our victims, fallen heroes, their families, parents and especially their mothers and consider their loss as my own loss, the loss of my family”, he added and bowed before their memory with a moment of silence.

Pashinyan said during 18 days of the war the Armenian heroic troops made some retreat in northern and southern directions. In recent days the adversary has changed its tactics, attempting to create panic in the back with the sabotage groups. Nevertheless, the Defense Army of Artsakh keeps the overall situation under control with heavy battles and losses in the manpower and equipment, but also causing huge losses to the adversary both in the manpower and the equipment.

“But we all need to know that the situation is quite heavy now. But I am not doing this recording because of desperation. I convey this information because I have an obligation to talk to our people in the language of truth, unlike Azerbaijan which is hiding its thousands of casualties from its own people, and according to our calculations, it is also hiding the loss of military equipment worth over 1 billion dollars.

But the main goal of my today’s message is to talk about our actions and strategy and encourage our national unity over these actions.

Therefore, we need to record that the Turkish-Azerbaijani terrorist alliance will not stop its attack against Artsakh and Armenia just in that way.

I want to thank the OSCE Minsk Group Co-Chair countries for the efforts made.

I want to thank the US administration for all efforts made at this period and further.

I want to thank France and President Emmanuel Macron for the determination on calling the things as they are from the very first days of the unleashing of the war, and for the readiness to make further efforts.

I want to specifically thank Russian President Vladimir Putin with whom we are keeping intensive contact at this period. These days Russia managed to fulfill its role of the OSCE Minsk Group Co-Chair and Armenia’s strategic ally at the highest level, and I am sure that this role will be played unequivocally, in accordance with the best traditions of friendship between the Armenian and Russian peoples.

And we, remaining committed to the logic of the peaceful settlement of the Karabakh conflict, will be highly constructive for making the ongoing diplomatic efforts effective.

These efforts, however, have not been so far enough for curbing the Turkish-Azerbaijani terrorist group, because the task this group has set before it is not only the solution of the Karabakh issue but the continuation of the traditional Turkish genocidal policy against our people.

But at this crucial moment, we will not move backward, because this is a crucial war for our people.

During these days our compatriots in hundreds of communities of the Diaspora are holding peaceful rallies calling for support, solidarity, and expressing their complaint, having two concrete issues on the agenda – the international recognition of Artsakh’s independence and condemnation of the Turkish-Azerbaijani terrorist aggression.

This is the culmination of our national unity, and this culmination must end with the fulfillment of our concrete national goals.

Today, now, at this crucial moment, each of us, everyone should focus on the fulfillment of this task. Artsakh, the army, the soldier, the frontline: this must be the focus of our efforts in the Diaspora and Armenia.

We must win, we must live and create our history, and we are creating our history, our new epic, our new heroic battle, and our new Sardarapat”, the PM concluded his speech.