Armenian President to Launch a Club of Small States Soon 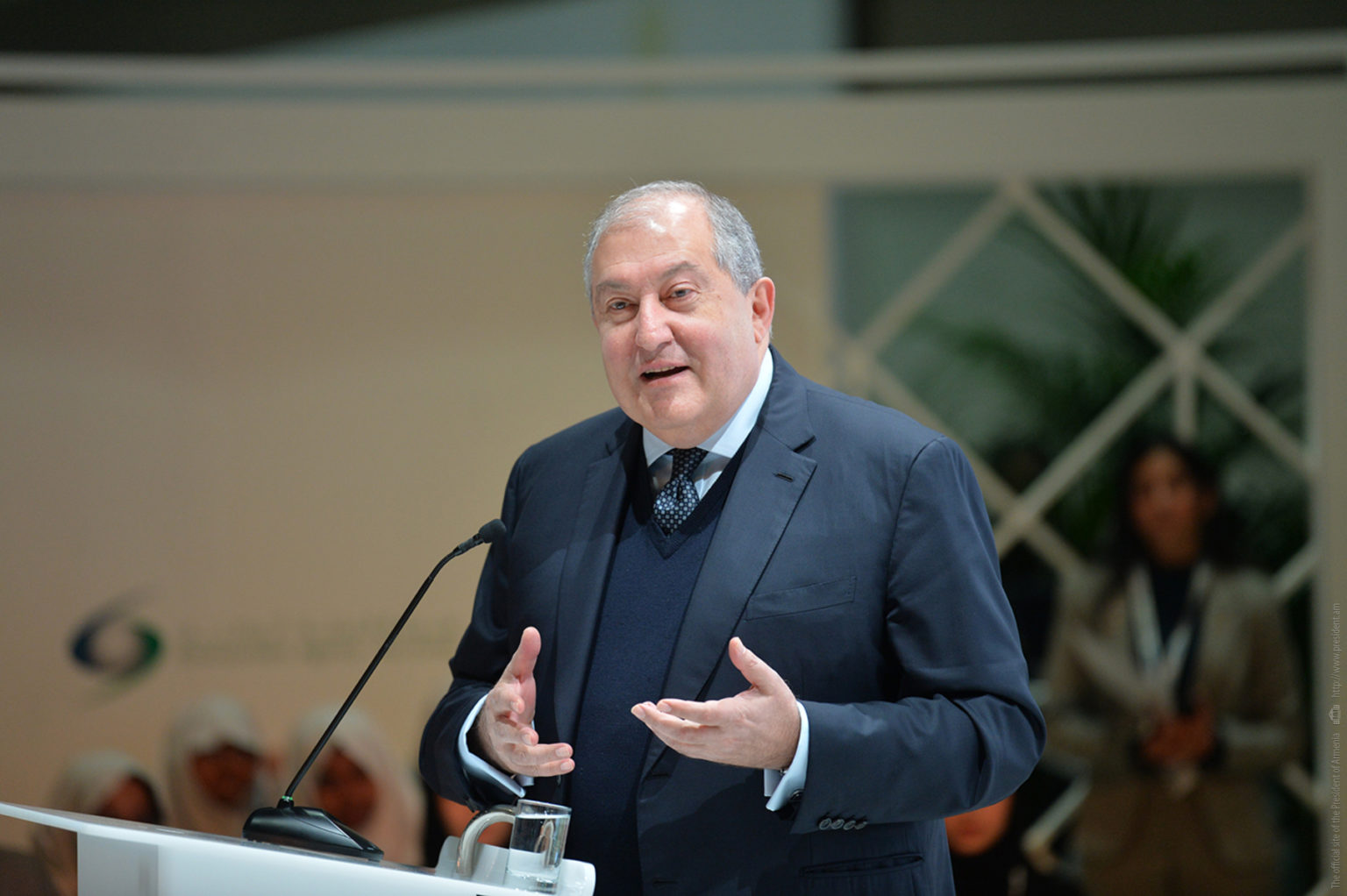 (Armradio)- Armenian President Armen Sarkissian calls for the creation of a club of small, successful states to pioneer innovative policies. Sarkissian says all countries now need to adopt an agile, tech-savvy mentality. The President believes startups will play a critical role in the post-pandemic world.

“The unfortunate reality is that every country will face high unemployment. Companies will be under pressure to stay afloat and cut costs further as they try to adjust to the new ways of living, consuming and working. As we saw after the 2008 crisis, people will be willing to take more risks and start new companies because they may not be able to return to their old jobs,” Armen Sarkissian said in an interview with Sifted.

He believes governments should do everything they can to encourage this form of risk-taking because these are the companies that can help us to innovate and live and work more productively in the post-pandemic world.

“Technology can help us create not only distant learning but also distant healthcare. We focus too much on the cure instead of prevention. The pandemic is a clear manifestation of this notion. Technology, through the use of artificial intelligence and distant engagement, can help people maintain higher standards of hygiene, healthcare and education without implementing higher costs on the taxpayer. But we need to encourage the private sector to develop these technological solutions. Upfront investments and incentives by states to create the right ecosystems for innovation will ensure a longer-term reduction of costs while increasing the levels of education and healthcare,” the President stated.

President Sarkissian said he will be launching a Club of small states officially soon. He has discussed the idea with a number of leaders including the Emir of Qatar, Crown Prince of the Emirate of Abu Dhabi, the prime minister of Singapore, and the presidents of Rwanda and Montenegro.

“It is a good time to be a small state since the spread of democratic norms-based international institutions, combined with increased interdependency and openness of global markets, allows small states like Armenia not only to prosper but also to influence the evolving multipolar world order,” Armen Sarkissian said.

At the same time, according to him, unconventional challenges like the ongoing Covid-19 pandemic are an added reason for many small states to seek an effective cooperation.

“One of the missions of the Club is to identify innovative approaches to collective actions and international initiatives by small states. We are entering a new era for the global economy, being shaped by three driving forces: digitalisation, and the new industrial revolution; the sustainable development imperative; and economic multipolarity and state nationalism. The Club can become a generator of novel development strategies and growth models for small states as we confront this new era,” he stated.

“Armenia is among few countries in the world which has a Ministry of High-Tech industry. It testifies to the importance we attach to the development of technologies. Artificial intelligence has already become a priority on our technological development agenda, and we are striving to make Armenia a world hub when it comes to AI. Toward that end, we encourage and support startups working in this particular area at the state level. As for e-governance, we view it as an essential tool for governing in the 21st century and are taking decisive steps to introduce it in Armenia at all levels of governance,” he added.

He reminded that Armenia is not only a small state, but a global nation with advancing ambitions and the compatriots from the diaspora are an important asset and act as ambassadors for Armenian startups and products in the global market.