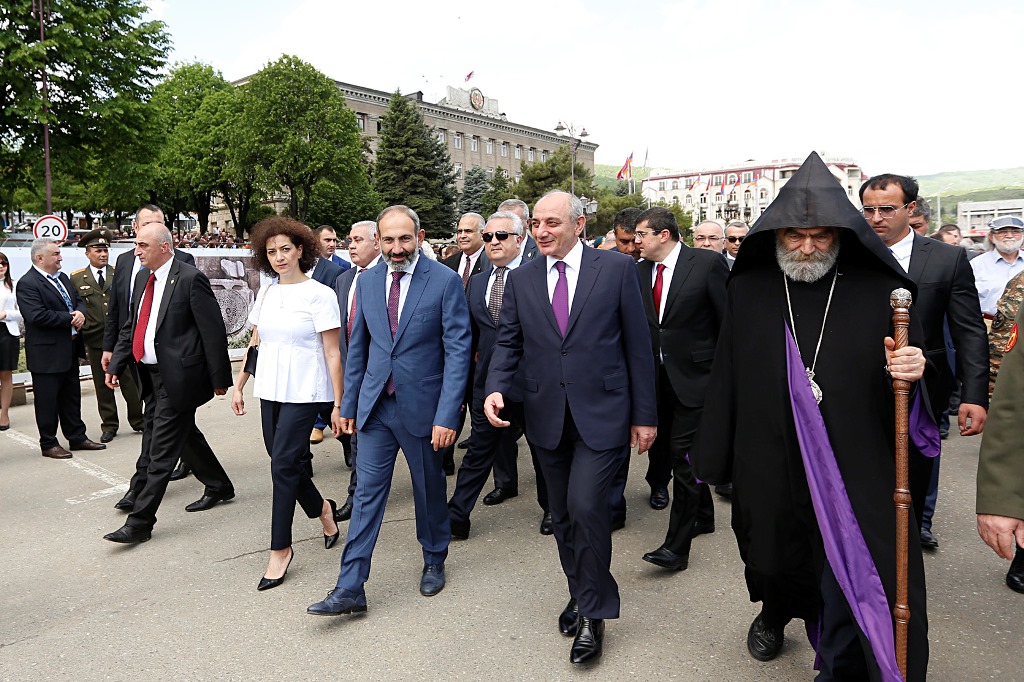 ARMENPRESS – Armenia’s Prime Minister Nikol Pashinyan participated in a commemoration event dedicated to the memory of fallen soldiers of the Great Patriotic War and the Artsakh Liberation War in the Stepanakert memorial in Artsakh’s capital city.

The PM and other officials laid flowers at the memorial in memory of the fallen heroes, ARMENPRESS correspondent reported.

Armenian PM Nikol Pashinyan and his spouse also visited the Fraternal Cemetery of Stepanakert, where they laid flowers at the graves in honor of the fallen soldiers of the Artsakh Liberation War. The PM also expressed support and sympathy to the families of the fallen.

Afterwards the Armenian Prime Minister and Artsakh’s President visited Shushi where a commemoration ceremony took place at Sparapet Vazgen Sargsyan’s statue. PM Pashinyan and President Sahakyan also participated in the grand opening of Shushi’s Armenian Dram Museum. The museum will feature Armenian banknotes and coins from different eras, including from the Armenian Sophene Kingdom, Artaxiad dynasty, Cilician Armenia, the Russian Empire and the USSR, as well as all dram issues of modern times.

PM Pashinyan and Artsakh’s President toured the museum and viewed the exhibits.

A grand concert is due to take place in the evening in Shushi, followed by fireworks.