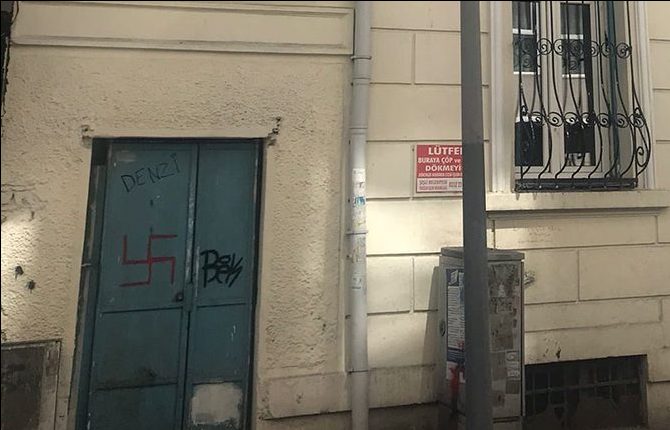 (Massis Post)- The gate to an Armenian school in Istanbul, Turkey was vandalized with a swastika. The act of vandalism occurred as Armenians prepare for Easter and look to remember the Armenian genocide anniversary, observed on April 24.

The same school in Istanbul faced anti-Armenian persecution in November 2016 when graffiti was written on the walls stating “One night, we suddenly will be in Karabakh.” Also in 2016, walls of Uskudar Surp Khach Seminary and Uskudar Kalfayan School were vandalized with anti-Armenian graffiti. The graffiti read “May the Turkish race live!” and “Torment Armenians.”

Armenian Christians and churches have faced vandalism and discrimination in Turkey annually around the time of the commemoration of the Armenian Genocide anniversary. Recently this included the acquittal of those who danced on the gate of an Armenian church in 2021.