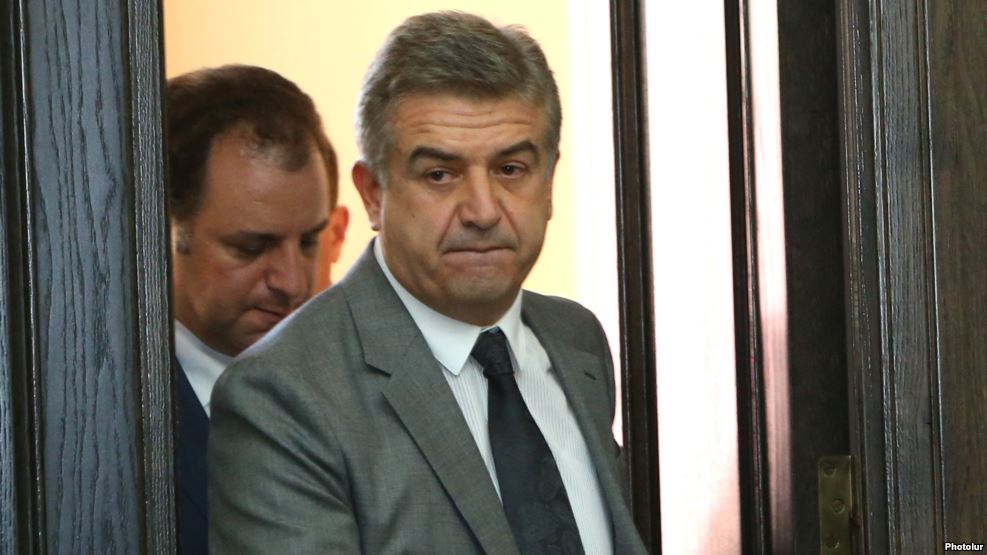 (RFE/RL)- Prime Minister Karen Karapetian ordered Armenian tax authorities to tackle possible tax evasion among large and lucrative companies which he said are widely seen as being in a “privileged” position.

Holding his first cabinet meeting in Yerevan, Karapetian issued instructions to various ministers and other senior government officials, including Hovannes Hovsepian, the head of the State Revenue Committee (SRC).

He said the SRC must ensure an “unconditional compliance with tax discipline by large importers and manufactures considered to be unscrupulous and privileged.” He did not name any of them.

“Mr. Hovsepian, you should take these actions without creating obstacles to businesses,” Karapetian told the SRC chief. “No inspection must hamper their daily operations.”

The Armenian government’s tax revenue has increased considerably in the past several years. But it is still equivalent to only one-fifth of Gross Domestic Product, a low figure even by ex-Soviet standards. The modest ratio results, in large measure, from widespread tax evasion, corruption and privileged treatment of entrepreneurs linked to the government.

The IMF and the World Bank have long pressed the authorities in Yerevan to improve tax collection. Karapetian’s predecessor, Hovik Abrahamian, pledged to make it more efficient and less arbitrary as part of sweeping reforms which he announced in May.

Abrahamian tendered his resignation last week along with all members of his government. The ministers will continue to perform their duties until Karapetian forms a new cabinet and submits its action plan to the parliament for approval. The new premier has not yet shed light on the composition of his cabinet.

Addressing the outgoing ministers, Karapetian said the Armenian ministries of energy and labor as well as state utility regulators should explore the possibility of reducing electricity and natural gas tariffs for low-income Armenians and some businesses.

Armenia buys the bulk of its gas from Gazprom, and it remains to be seen whether the Russian energy giant will agree to a price cut. Karapetian ran the country’s Gazprom-controlled gas distribution network from 2001-2010. He managed Gazprom subsidiaries in Russia after unexpectedly resigning as Yerevan mayor in 2011.