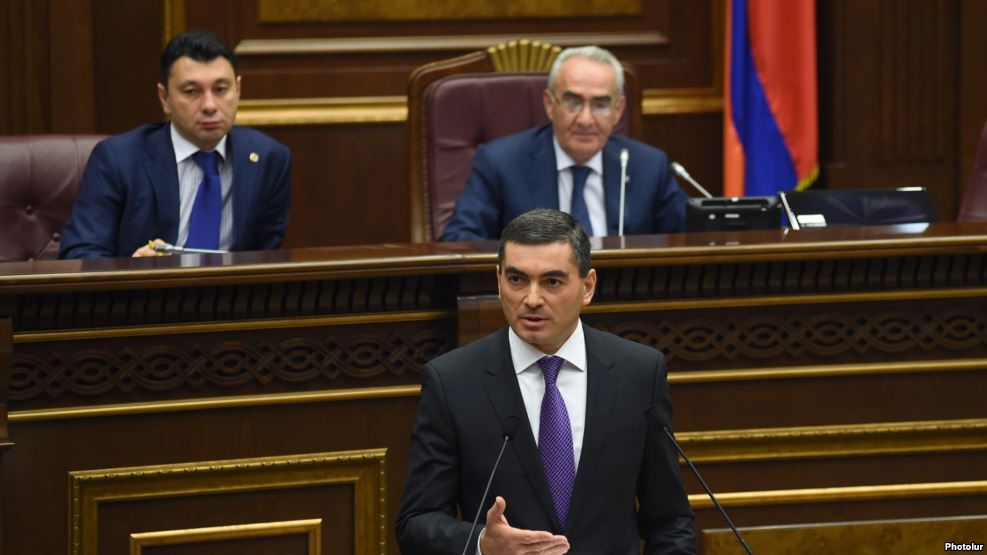 (RFE/RL)- Prime Minister Karen Karapetian ordered the Armenian government to root out what he called the embezzlement of budgetary funds set aside for government officials’ travel expenses.

Karapetian alleged and decried the illegal practice after his chief of staff, Davit Harutiunian, unveiled a new electronic system for the purchase of air tickets for officials travelling abroad on business.

“It’s a quite complex system and you all understand what it is aimed at,” he told a cabinet meeting in Yerevan. “That is why I am issuing a directive. We are going to put in place quite complex mechanisms for eliminating the primitive theft. Sort that out in your agencies.”

“When they tell me about what [fraud] schemes are devised for tickets … it takes a lot of fantasy to do that,” added Karapetian. “If those people used their intelligence in another area, the effects would have definitely been much better.”

The premier did not specify the scale of the alleged fraud or name officials who he thinks engage in it.
Armenia’s newly appointed Finance Minister Vartan Aramian was reluctant to comment on Karapetian’s blunt remarks after the cabinet meeting. “The prime minister’s appeal is also an order to the Finance Ministry,” he told reporters. “Let me just get down to work.”

Aramian insisted that he was not aware of any cases of ticket fraud when he served as deputy finance minister in the past.

Karapetian pledged to speed up economic reforms and strengthen the rule of law in the country after he was appointed prime minister by President Serzh Sarkisian on September 14. So far he has named only six members of his new government. Four of them, including Aramian, did not work in the previous cabinet.

Karapetian on Thursday also moved to abolish one of Armenia’s 19 government ministries: the Ministry for Urban Development. A relevant government bill presented by Harutiunian would also change the name of the Economy Ministry to the Ministry for Investments and Business Support.