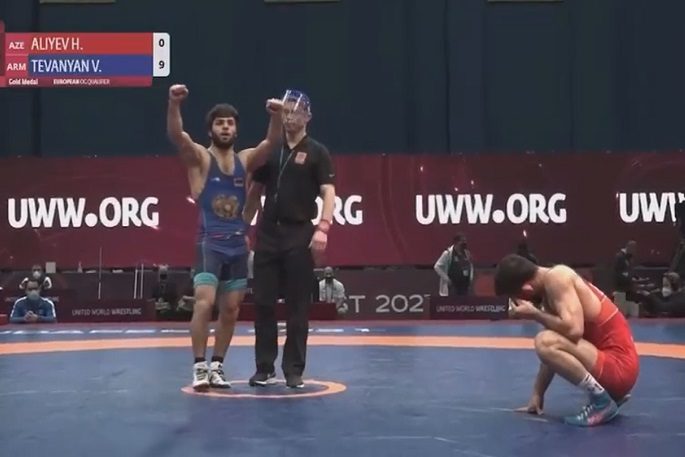 Vazgen Tevanyan defeated Bulgaria’s Vladimir Dubov 11:0 in the opening fight, then in the 1/8 final he defeated Nyurgun Skryabin (Belarus) with a score of 7:5.

In the quarterfinals, Tevanyan defeated Olympic champion Vladimir Khinchegashvili (Georgia) 6:4 in a tenacious fight, and in the semifinals he defeated Magomedmurad Gadji (Poland) 4:2.