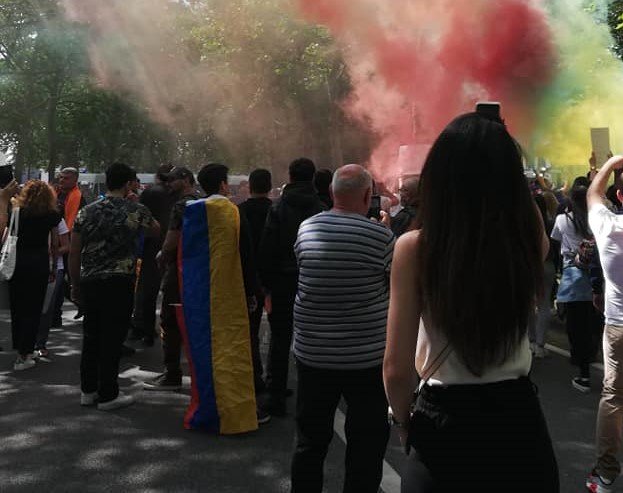 “Armradio”- Members of the Armenian community in Belgium protested today in front of the Azerbaijani Embassy in Brussels to condemn the Azerbaijani military aggression against the north-eastern territories of the Republic of Armenia.

“Belgium and the European Union must act and name the Azerbaijani attacker by his name. Since 12 July, Azerbaijan has not only been targeting civilian populations in border villages but also threatening to target the Armenian Medsamor nuclear power plant, thus causing humanitarian catastrophe throughout the region,” the Armenian National Committee of Belgium said.

“We also condemn the Turkish government’s shameful support for the Azerbaijan offensive. No military involvement of Turkey in the Nagorno-Karabakh conflict can be tolerated. Turkey preparing terrorist jihadist groups to kill more Armenians, not only puts the physical security of the people of Armenia and Artsakh at risk, but also threatens activists recognizing the Armenian Genocide worldwide. This work is led at the highest state level by President Erdogan himself, by the very admission of his communication director,” the Committee added.