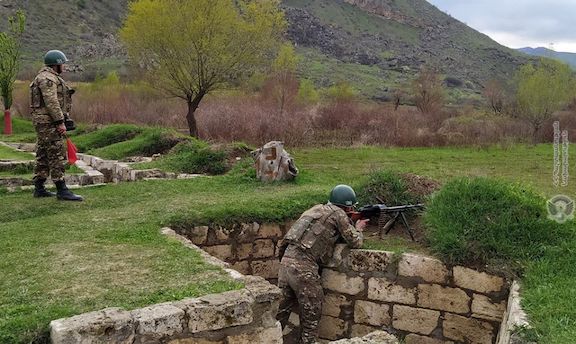 Defense Ministry spokesperson Shushan Stepanayan said based on preliminary reports, not only did Azerbaijan’s elite forces suffer losses, some of the troops have been trapped. There were no Armenian casualties.

As of 12:50 a.m. local time on Wednesday, the shooting had dissipated on the border, according to Stepanyan, who said that the leadership of Azerbaijan’s Armed Forces “is not in control of the situation.”

“A little while ago, the enemy again attempted to attack in the direction of ‘Anvakh’ [military outpost]. They were pushed back with losses,” said Defense Ministry representative Artsrun Hovhannisyan. “Aliyev’s ‘Elites’ have been trapped.