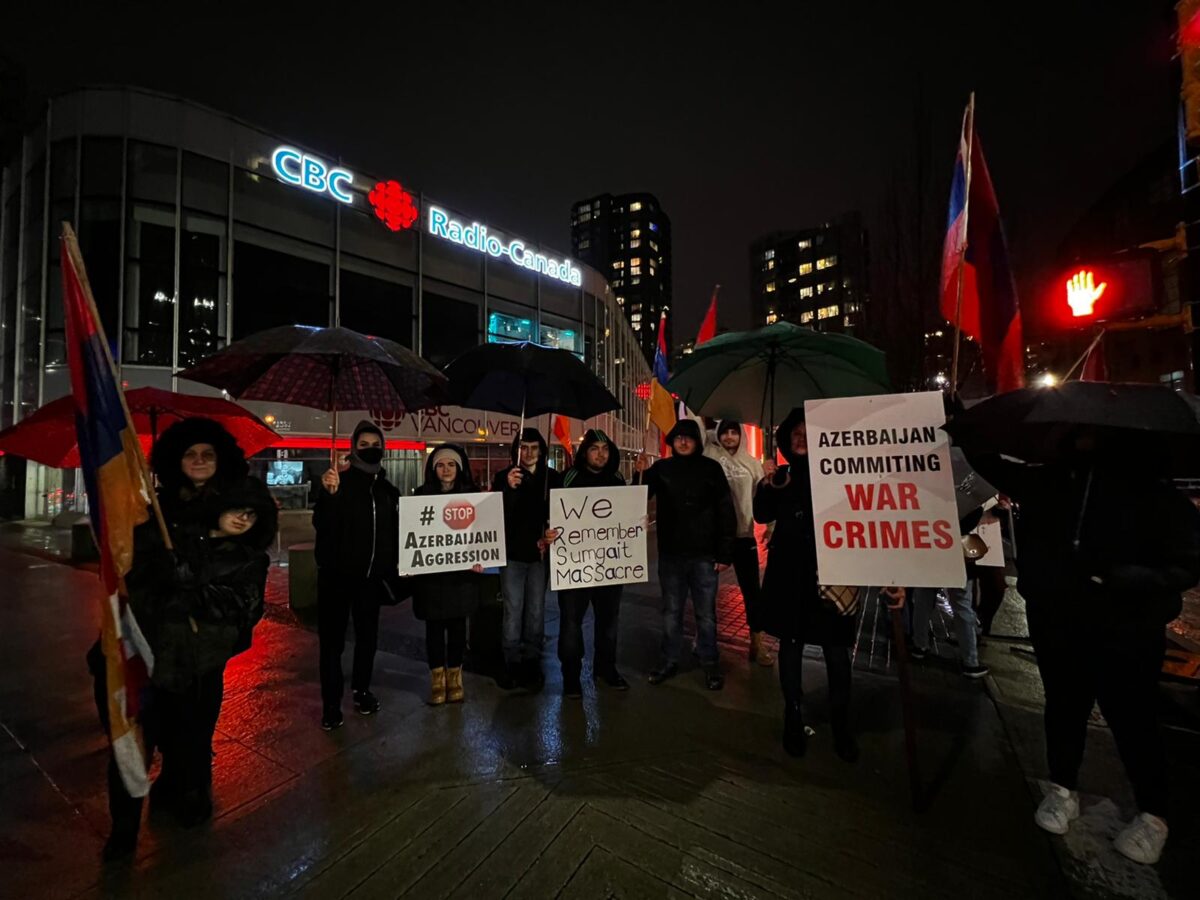 (Horizin Weekly)- Members of the Armenian Youth Federation of Canada held a vigil in front of the Canadian Broadcasting Corporation (CBC) Vancouver headquarters demanding justice for Azerbaijan’s anti-Armenian pogroms in Sumgait, and raising their voices in support of freedom and security for the independent Republic of Artsakh.