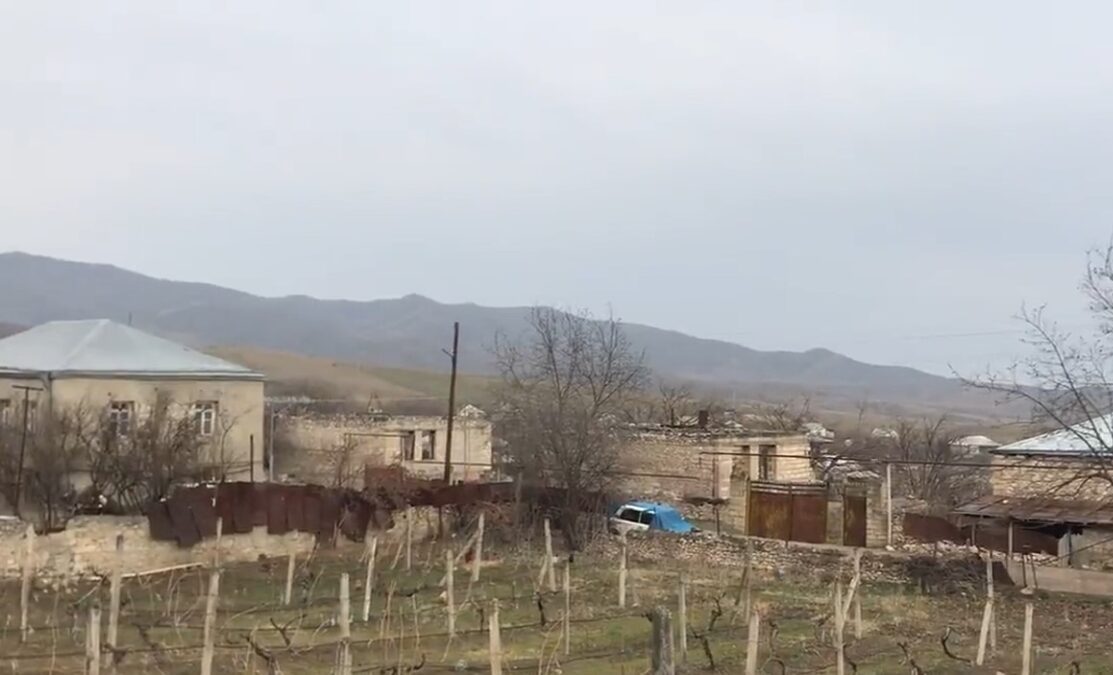 (Armradio)- For three days in a row, Azerbaijani Armed Forces have been terrorizing the residents of Khramort village in Artsakh’s Askeran region, demanding to leave the village, and threatening to use force if they disobey, Artsakh Human Rights Defender Gegham Stepanyan says.

The ombudsman is visiting the region and will report about the details.

The Aliyev regime in #Azerbaijan resumed terrorization of the civilians in #Artsakh, threatening with loudspeakers to kill Armenians if the do not leave their homes. @DutchMFA @MFA_Lu @BTahzibLie @AnneGoedert pic.twitter.com/62pqOvy6Fh

Officers of Askeran regional police department, and the heads of the Russian peacekeeping contingent are also in the village. Negotiations with the Azerbaijani side are under way, Spokesperson for Artsakh’s State Emergency Service Hunan Tatevosyan says.

According to him, while the actions of the Azerbaijani side are called to stir panic among the residents, no one is going to leave the village.

Moreover, he says, aside from locals, twelve families displaced from other communities have also settled here.

Negotiations are being held with the enemy side, about which we will publish.