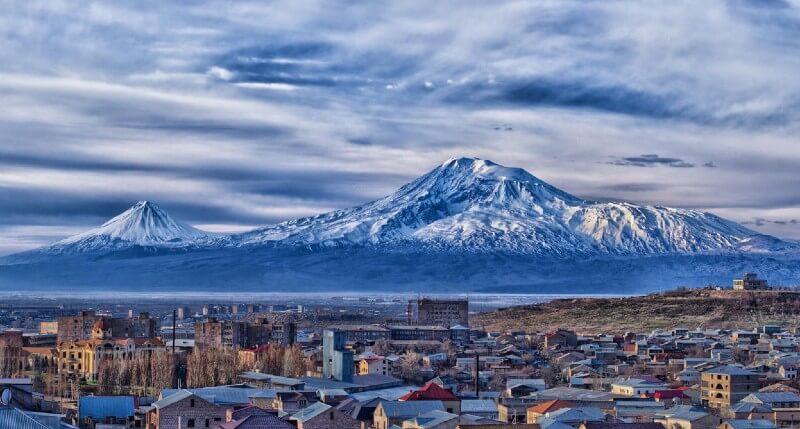 The Armenian government must take two important steps prior to opening the border with Turkey: 1) Forbid Turkish citizens from buying real estate in Armenia; and 2) Place tariffs on the import of products from Turkey.

Obviously, Turkish citizens do not have to cross the Armenian border to be able to buy real estate in Armenia. But, with the opening of the mutual land border, more Turkish citizens will be able to come to Armenia, thus increasing the flow of people and products from Turkey.

Allowing the citizens of a hostile country like Turkey to purchase real estate in Armenia is a serious national security threat, particularly if these properties are located near sensitive border areas.

There is a big contradiction between what the Constitution and laws of Armenia stipulate regarding the purchase of real estate by foreigners and what is actually practiced. Now that a Constitutional Committee has been set up to reform the existing Constitution, last amended in 2015, this is the right time to reconsider the existing provisions as to who can buy real estate in Armenia. There should be a ban on foreigners’ purchase of properties near Armenia’s border. In addition, citizens of Azerbaijan and Turkey should not be allowed to purchase any kind of property anywhere in Armenia.

This problem is particularly urgent because several years ago the Turkish government adopted a law that forbade the purchase of property in Turkey by citizens of four countries: Armenia, Cuba, North Korea and Syria. Citizens of another 35 countries are restricted to purchase property in Turkey based on the nature and location of the land. One would think that since the Turkish government has forbidden Armenian citizens from buying land in Turkey, Armenia should have reciprocated by banning the purchase of land in Armenia by Turkish citizens.

I wrote an article in 2012, informing Armenian officials of the Turkish law that banned the citizens of Armenia from buying land in Turkey and urged “the Armenian Parliament to consider adopting retaliatory measures against citizens of Turkey interested in purchasing Armenian properties.” Regrettably, my suggestion was ignored.

The 1995 Constitution prohibited foreigners from purchasing land in Armenia. However, this was contradicted by the Armenian government’s subsequent report to the World Trade Organization: “foreigners have the right to own real estate properties built on Armenian land.” The report also stated that “the [Armenian] legislation grants the Government the power to limit and prohibit foreign investment for national security concerns.”

In line with the Constitution of 1995, the subsequent Armenian constitutions of 2005 and 2015 also stated that “Foreign citizens and stateless persons shall not enjoy ownership right over land, except for cases provided for by law.”

If foreigners are not allowed to purchase land or real estate in Armenia, then how were they able to buy them? In 2019 alone, foreigners, contrary to the Armenian Constitution, purchased 186 apartments, 72 houses, two factories, nine public properties and even 121 plots of land. How was this possible?

Much more concerning is that citizens of the enemy states of Azerbaijan and Turkey have been buying properties in Armenia without any objection. According to the figures released last week by the Armenian government’s cadastre or official registry of real estate, from 2010 to 2021 citizens of Azerbaijan purchased six properties in Armenia, which included five apartments and one public property. During the same period, citizens of Turkey bought 71 pieces of real estate, including 55 apartments, five houses, one garage, seven public properties and three plots of land in Armenia.

Finally, turning to the import of products from Turkey and other countries, the Armenian government must impose tariffs to protect the viability of domestic production. Since Turkey has a very large population, it is able to produce items much cheaper due to mass scale. Armenian producers, unable to compete with them, will go out of business. Already the Armenian market is flooded with Turkish products. After opening the border, Turkish products will no longer have to go through the expense of importing them via Georgia, which means that they will be even cheaper creating a bigger problem for domestic producers. Making matters worse, the collapsing value of the Turkish Lira has made the prices of imported products from Turkey cheaper.