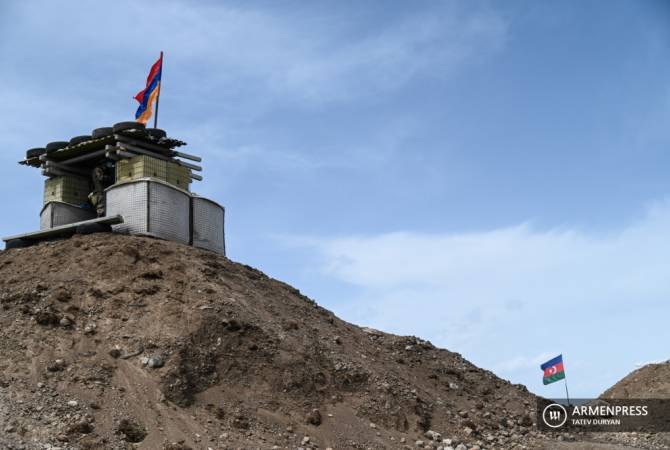 In the early morning hours of May 27, Six Armenian Soldiers were surrounded and captured by Azerbaijani Armed Forces while carrying out engineering work in the border area of the Gegharkunik region, reports the Ministry of Defense of Armenia.
Necessary measures are being taken to return the captured servicemen.
The provocative actions of the Azerbaijani military-political leadership aim at further escalating the situation, Armenia’s foreign ministry said in a statement.

“The Azerbaijani troops, who have infiltrated into Armenia’s sovereign territory since May 12, continue carrying out provocative actions in a number of directions. As a result of one of such actions, on May 27 early morning, 6 servicemen of the Armenian Armed Forces, while conducting engineering works in the territory of an Armenian military base’ protection area in the border section of Armenia’s Gegharkunik province, have been surrounded and taken captive by the Azerbaijani troops.

These provocative actions being carried out by the military-political leadership of Azerbaijan aim at further escalating the situation, which can seriously endanger the regional peace and stability.

We strongly condemn the use of force by Azerbaijan against Armenia’s territorial integrity and sovereignty and state that the military-political leadership of Azerbaijan bears the responsibility of all actions of the Azerbaijani armed forces and their consequences. Captured Armenian servicemen must be returned immediately and unconditionally”, the statement says.