Armenia’s Parents Dream of Having Sons 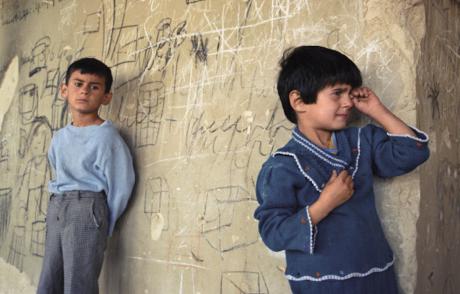 (Opendemocracy).- Armenia still has one of the world’s highest rates of sex-selective abortions. Here are the mothers’ stories.

This article originally appeared on Open Caucasus Media. We are grateful for their permission to republish it here.

Although their number is slowly decreasing, Armenia still has one of the highest rates of sex-selective abortions in the world. oDR’s partners at OC Media talked to a number of women who faced pressure from their families after falling pregnant with a daughter about the decision they were forced to make, and the consequences they’ve had to live with.

“I got married at the age of 17, and five months later I was already pregnant. The pregnancy was expected in our family, it was even considered late because my husband’s family subscribes to the view that the purpose of a bride is to have a baby, and that she should get pregnant after the first night of sleeping with her husband”, says Gayane (a pseudonym), a resident of Aragatsotn Province in the west of Armenia.

Gayane started to visit a local clinic with her mother-in-law to monitor the condition of her pregnancy.

“We went to the doctor very often — so often that [at one point] they wouldn’t even receive us telling me all my tests were fine. I was already ashamed to go, but my mother-in-law made me go, saying ’I’m afraid something will happen to my boy’”, Gayane recalls.

By “boy”, the mother-in-law meant Gayane’s baby — she was convinced that her daughter-in-law would have a boy. During one of the visits, when she was 13 weeks pregnant and the doctor was able to see the baby’s sex, Gayane was told she would have a baby girl.

“My father-in-law was listening silently, but from his look I could see he agreed with his wife’s words. Even my husband’s sisters, who were not married at the time, looked at me with disapproval. I was looking forward to my husband coming home from work so at least he could defend me”, recalls Gayane.

Gayane’s husband sided with his mother, claiming that he was not the kind of a man from whom a girl could be born

Gayane’s husband, however, sided with his mother. He claimed that he was not the kind of a man from whom a girl could be born. A family gathering was held, where they all discussed the issue of Gayane’s having a girl. Ultimately, they decided that the baby was not a desirable and should be removed.

Gayane had not been allowed to speak at the meeting.

“They forced me to go to the hospital… where I had an abortion. God has punished me for that day, but I am not guilty. They forced me!” says Gayane, bursting into tears.

Approval of the practice is generally higher in rural areas — 18% of respondents in rural areas and 13% in urban areas consider sex-selective abortion acceptable. The report also links higher acceptance with lower levels of education.

Six years have passed since Gayane had the abortion. Over those years Gayane has been trying to get pregnant again, but in vain. She has undergone many tests which found that she now has fertility problems due to the abortion, which prevent her from becoming pregnant. Gayane is now undergoing treatment.

“Now my husband and mother-in-law are paying a lot of money so I can at least have a girl. They are very sorry for what they did. And I’m still suffering because I couldn’t find the strength [to resist]. I killed my unborn baby with my own hands. I was a child, I was stupid.”

Obstetrician and gynaecologist Naira Vardanyan spoke with OC Media about some of the complications women face after having an abortion.

“After abortion, women face a number of complications: directly and indirectly. Direct complications occur during abortion or several days after it, such as uterine perforation, bleeding, remains of the embryo in the uterus cavity, acute inflammation of the uterus, and others. The indirect complications can arise over the years, and the most important one is infertility, as well as miscarriages and future complications in pregnancy,” explains Vardanyan.

[oDR editors’ note: according to data from multiple countries, an abortion performed by qualified healthcare professionals in hygenic conditions is widely considered a safe medical procedure, rarely leading to complications]

According to Vardanyan, however, the law is vague and is difficult to apply. She says adopting legislation alone cannot be successful in combatting sex-selective abortion because societal attitudes are slow to change.

“We broke up because I was going to have a girl”

“I was 34 when I got married. I loved my husband very much. We were so happy when we got married that I couldn’t even imagine breaking up, or that the reason for that could be a baby girl”, Zhanna Tepanyan from Gyumri told OC Media.

Zhanna explained that when her husband and mother-in-law learned she would have a daughter, they immediately ordered her to terminate the pregnancy. The reason they gave was that before marrying Zhanna, her husband had been married to another woman, and he had two daughters from the first marriage. He now dreamt of having a baby boy.

“I was told either I have an abortion or we would divorce. I chose the second option. Now my daughter is one and a half years old. I’m happy. Although I do not have a house and have very bad living conditions, there is a miracle living here with me. My parents help me out. Soon, I’ll take my baby to kindergarted and I’ll start to work. my child should live well”, says Zhanna.

Zhanna’s husband did not recognise the child as his own — his surname was not given to the girl. He saw her only once, about a year ago, but has since passed away.

“My daughter was eight months old when her father was dying. I took my girl to her father. He saw her. But there was no reaction from his family. Shortly afterwards he died. I have no contact with my mother-in-law. She doesn’t need us anymore,” sighs Zhanna.

While the number of sex-selective abortions in Armenia is now three times lower than it was in 2005, the current sex ratio is still one of the most unequal in the world

According to Armenia’s National Statistical Service, 112 boys were born for every 100 girls in 2016. Although the number of sex-selective abortions is three times lower now than it was in 2005, the current sex ratio is still considered one of the most unequal in the world. According to the CIA’s World Factbook, the number is also high for Azerbaijan and Georgia with 111 and 108 boys born respectively for every 100 girls. The world average is 103 boys to 100 girls.

Zhanna’s story is not uncommon in Armenia, which is why doctors try to work with men when they notice the warning signs that a future father is not inclined to have a baby girl. Usually, doctors ask women to attend a consultation with their husbands and during the echocardiogram, they start talking specifically to the men, showing them details of the baby’s body on the screen.

The doctors thus preparing the man for the idea that he is waiting for a miracle, that he is going to become a father — and that the baby’s sex doesn’t make a difference.