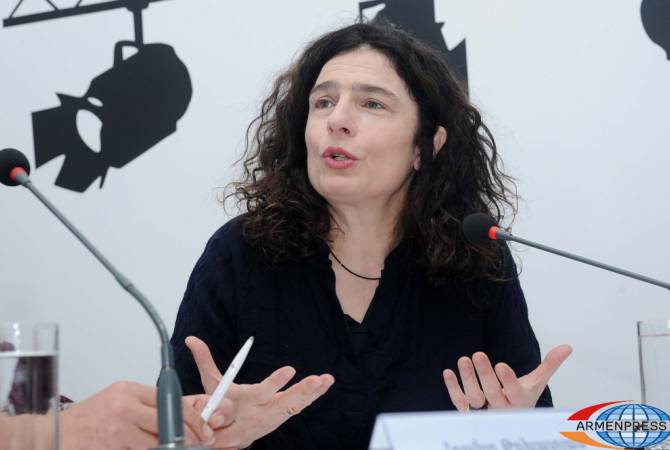 The statement says: “I met Osman, seven years ago, in Turkey. He’s the man who instilled in me the trust I needed to feel in order to actually visit the country. While there was so much inherent tension in our disrupted histories, he also helped me understand that there was much to learn about today’s Turkey”.

Arsinée Khanjian said she worked with Osman on many cultural and artistic projects, conferences, always over topics that addressed identity, history, and memory.

“I can go on about Osman in length. I won’t. I only would like to add that now he is imprisoned without a date for trial for another 4 months, possibly more. We are witnessing yet another unfortunate and worrisome example of the government’s purges at every level of the civil society in Turkey”, the actress said.

She added that Osman Kavala is a friend to all who seek in Turkey and everywhere in the world good work to be carried out in the name of humanity and the compassion we can all and should be capable of.

He is famous for his pro-Armenian stances. He visited Armenia and announced that he recognizes the Armenian Genocide.

Armenia’s Parents Dream of Having Sons

NY Times: ‘Intent to Destroy’ shows that the Armenian past is not over