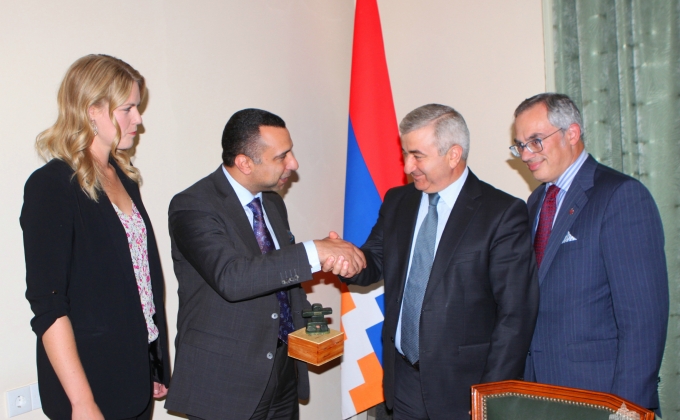 First, the Artsakh parliament speaker underscored the ties with Canada, the NKR NA informed. Also, he expressed the hope that during its visit this delegation will be able to have a complete picture of the independent statehood of Artsakh and of its people.

El-Shafie, for his part, noted that Nagorno-Karabakh is an example of fight for freedom, and expressed the readiness of his organization to establish cooperation.

Canadian parliament members Clement and Harder, in turn, highlighted the opportunity for their getting familiarized with the history of and current political situation in Nagorno-Karabakh and sharing this information with their colleagues.

The interlocutors exchanged views on cooperation with the Canadian Armenian community, parliamentary diplomacy, and the present-day situation in the region.