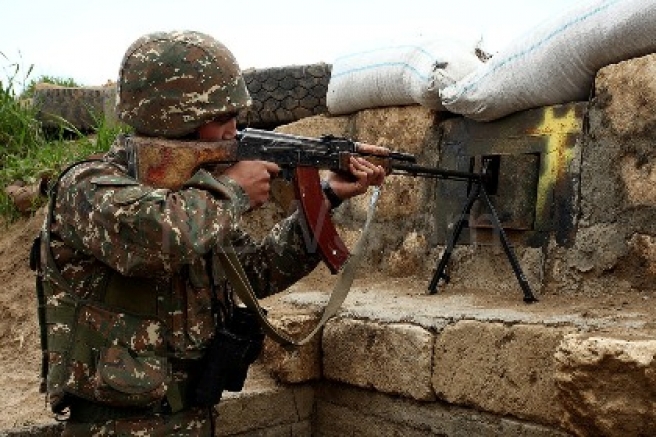 According to the Artsakh Defense Ministry, the soldier was fatally wounded at an Artsakh Army military unit at around 1:30 p.m. on Sunday. The Chief of the General Staff of the Armed Forces of Armenia Movses Hakobyan told reporters on Monday that Chilingaryan was killed by sniper fire and that two other Armenian soldiers suffered minor injuries in the incident.

According to Hakobyan, the two injured soldiers are recovering. He also said that the Line of Contact (LoC) between Artsakh and Azerbaijan is currently relatively calm.

The Ministry announced that an investigation has been launched into the incident. The ministry also expressed its grief and offered condolences to the soldier’s family, loved ones, and fellow servicemen.

A day earlier, another Artaskh Army serviceman Mher Ziroyan (b. 1992) died as a result of accidental carbon monoxide poisoning.