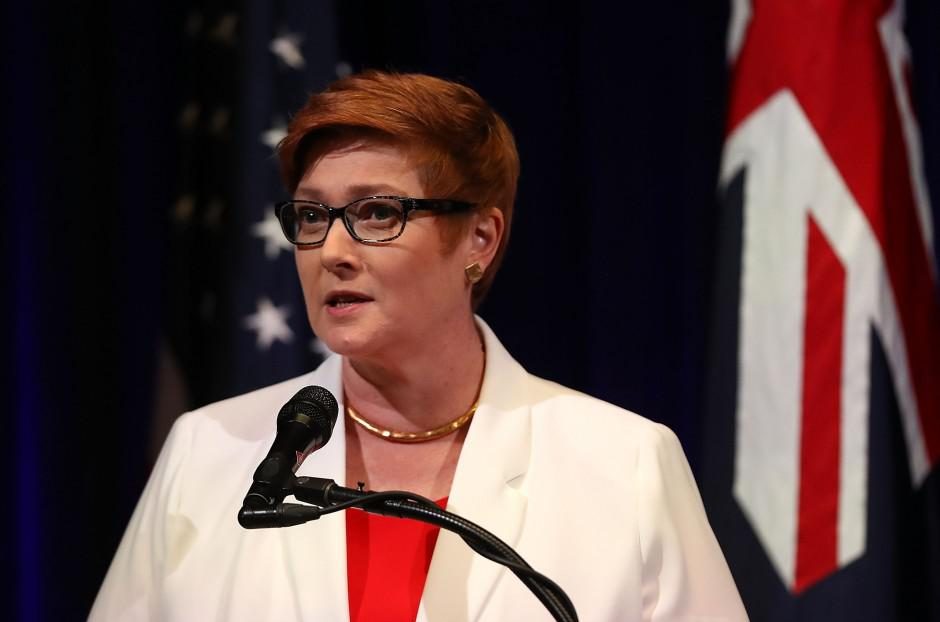 (Armradio)- Minister for Foreign Affairs Marise Payne has reaffirmed the Australian Government’s support for the OSCE Minsk Group process, highlighting “equal rights and self-determination of people” as one of the three equal principles that must guide Nagorno Karabakh to permanent peace following the bloody war of 2020, reported the Armenian National Committee of Australia.

In a letter responding to relentless advocacy by the Armenian National Committee of Australia (ANC-AU) and the Armenian-Australian community, Minister Payne welcomed the break to hostilities as a result of the agreement while highlighting the need for both sides to observe the Helsinki Final Act, which calls for respect of the “principles of the non-use of force, territorial integrity, and equal rights and self-determination of people”.

Minister Payne further called on both Armenia and Azerbaijan to support the efforts of the Organisation for Security and Cooperation in Europe (OSCE) Minsk Group to achieve peace in the region. So far, Armenia has expressed its willingness to partake in this process, while Azerbaijan’s dictator Ilham Aliyev has attempted to sidestep and ridicule the OSCE Minsk Group, stating what they were unable to achieve through negotiation, he achieved through military force.

The Armenian-Australian community’s peak public affairs body welcomed the Australian Government’s position as “a major step in the right direction”.

“It is important to the Armenian-Australian community that the OSCE Minsk Group – with all three co-chair countries including Russia, France and the United States – takes the lead in negotiations to bring peace to Nagorno Karabakh, and critical that the rights to self-determination – as exercised by the indigenous Armenians of the Republic of Artsakh – are respected during this process,” said ANC-AU Executive Director Haig Kayserian.

“This must start with the return of all military and civilian prisoners of war that Azerbaijan continues to hold and torture, as well the replacement of the occupying Azerbaijani forces in Nagorno Karabakh with peace-keeping forces before Aliyev is allowed to complete the deliberate obliteration of the ancient, indigenous Armenian cultural and religious monuments in those occupied territories.”

Kayserian added: “Similar to Kosovo and East Timor, Australia should stand on the right side of history on this issue, and Minister Marise Payne has articulated a path towards this through her correspondence.”

“Recently, over 3,000 Australians signed an Australian Parliamentary Petition calling for Australian to recognise the Republic of Artsakh, as we believe the war proved beyond doubt that this would be the only way to ensure security for the most vulnerable, the indigenous Armenians of the region.”