Azerbaijan Advance into Artsakh Askeran Region Halted, But Forces Have Not Retreated 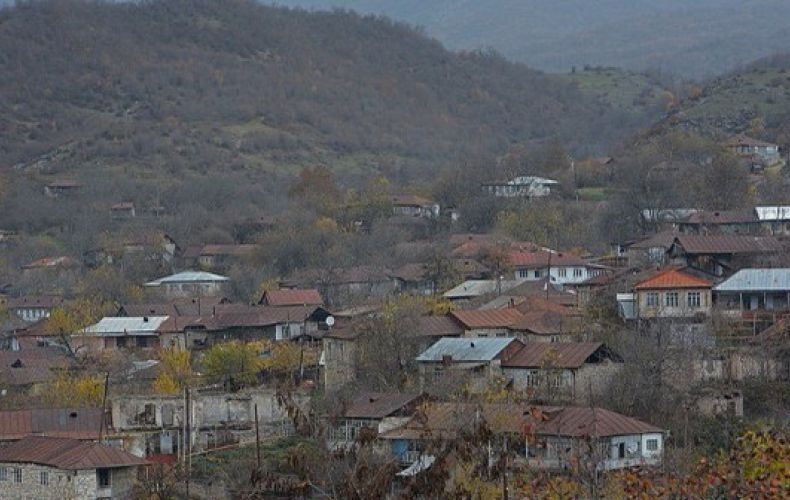 Breaching the line-of-contact, Azerbaijani forces advanced into Artsakh’s Askeran region on Thursday, moving into the Parukh village and escalating a months-long terror campaign against the Armenian population of Artsakh.

Since late February, Azerbaijani forces have been shelling the area, especially the Khramort and other neighboring villages.

Late Thursday night local time, Artsakh authorities said that while Azerbaijani troop movement was halted, the enemy had not retreated to its original position.

The Russian peacekeeping contingent has stepped in to negotiate and deter further advances, the Artsakh Information Center said in a statement.

“As a result of the talks and additional security measures, the movement of the Azerbaijani armed forces is currently suspended in our territory, but the adversary has not yet returned to its initial position,” the statement said.

As a precautionary measure, women and children living in Khramort and its vicinity were evacuated.

Armenia’s Foreign Ministry hit back at Baku’s aggression, saying in a statement late Thursday, that “such actions by Baku seriously endanger regional stability and peace.”

“These aggressive actions of Azerbaijan once again demonstrate that official Baku continues to grossly violate the Trilateral Statement of November 9, 2020, according to which the hostilities were ceased, the sides stopped in their positions and peacekeeping forces of the Russian Federation were deployed along the line of contact in Nagorno-Karabakh,” the foreign ministry said.

“These actions were preceded by Azerbaijan’s complete disruption of the only gas pipeline supplying Artsakh [Nagorno-Karabakh – red.], the targeting of civilian infrastructure with large-caliber weapons, terrorizing threats towards the Armenians of Artsakh, and other steps aimed at ethnic cleansing. Moreover, along with the drastic escalation of the security situation in Europe, such actions by Baku seriously endanger regional stability and peace,” the statement added.

The foreign ministry said that Yerevan expects that “the Russian peacekeeping force in whose area of responsibility the provocation takes place will undertake measures to ensure that the Azerbaijani troops immediately return to their initial positions and adhere to the commitments undertaken under the November 9 Trilateral Statement.”

“We call on the international community to make a clear assessment of Azerbaijan’s provocative actions aimed at undermining the peace process and to support efforts for establishing peace in the South Caucasus and achieving a peaceful settlement of the Nagorno-Karabakh conflict,” the statement said.

“Sergey Shoigu gave assurances that the situation was in the center of the Russian side’s attention and that necessary steps were being taken to resolve it peacefully,” Armenia’s Defense Ministry said in a statement.

The almost month-long attack on the Askeran region, coupled with the blockade of Artsakh’s natural gas supply since March 7 is an effort to terrorize the Artsakh population, said the Artsakh Foreign Ministry this week, which added that Azerbaijan is advancing its policy of ethnic cleansing in Artsakh.

Moscow warned on Thursday that already tense situation should not be escalated, as Russia’s foreign ministry spokesperson Maria Zakharova was confronted with a reporter’s question about Azerbaijan’s breach of the line of contact, reported the Armenpress news agency.

Zakharova said that the situation must be assessed by the Russian peacekeeping forces on the ground.

She also said that efforts were underway to address the gas supply blockade.

“Relevant work is being done by the Russian Foreign Ministry, the Ministry of Defense, the Ministry of Energy and Gazprom so that the population does not suffer,” Zakharova told reporters, according to Armenpress.