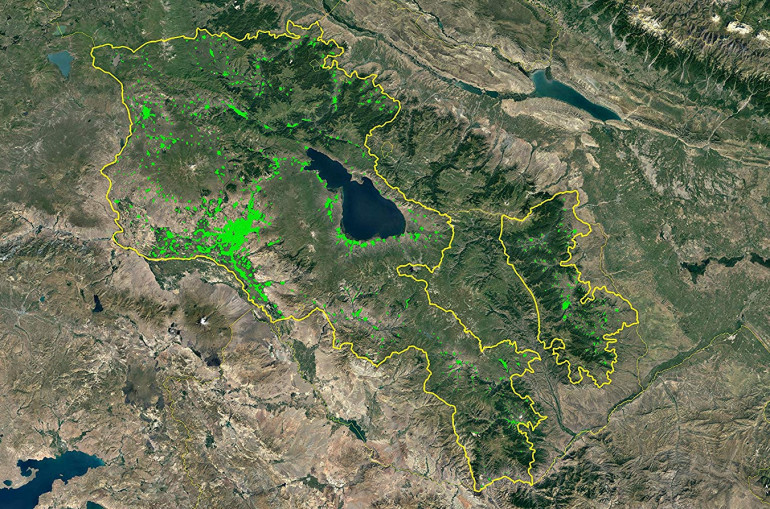 (News.am)- Azerbaijan has demanded the removal of Armenian place names in Nagorno-Karabakh (Artsakh) from Google Maps, according to Azerbaijani media.

“We would like to bring to your notice that in addition reflecting the official names of Azerbaijan’s Karabakh region in the application of Google maps in the Azerbaijani language, the issue of using fake names in the Armenian language has been raised before Google via official diplomatic channels,” head of the Press Service Department of the Ministry of Foreign Affairs (MFA) of Azerbaijan, Leyla Abdullayeva, stated this regarding the names of the now-Azerbaijani-occupied territories of Artsakh in Google Maps.

According to her, a letter was sent to the company’s management regarding the “distortion of the names of the territories of Azerbaijan,” and a list of “official geographical names” of the relevant territories was submitted to the company.

“Moreover, we would like to remind that in May of this year we presented a national report prepared by the Ministry of Ecology and Natural Resources of the Republic of Azerbaijan at the annual session of the UN Group of Experts on Geographical Names (UNGEGN).

“The report contains a list of 4,589 settlements officially standardized and approved in Azerbaijani, English, and Russian, as well as the names of 125 geographical objects located and identified in our territories affected by the Armenian-Azerbaijani conflict.

“As for the Google maps platform, we would like to note that this application is based on the principle of individual requests and approaches of users. In this regard, it is very important that our citizens, as well as non-governmental organizations, actively write their opinions on the subject to the company,” the Azerbaijan MFA official added.