Azerbaijan Has Advanced to 4 Positions Inside Armenia, Says Tatoyan 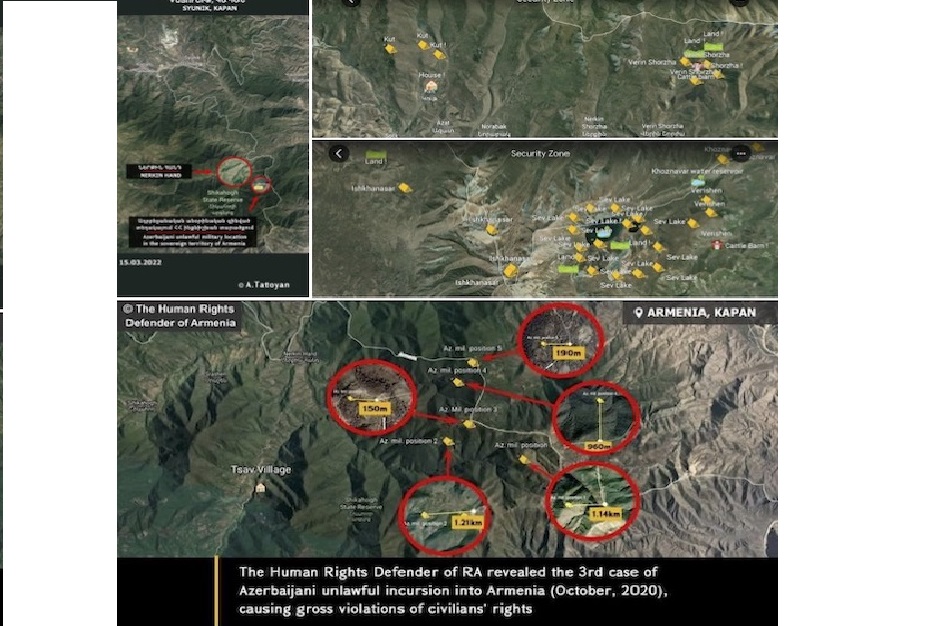 Using maps and graphics that pinpoint exactly where Azerbaijani forces have advanced and set up positions since they breached Armenia’s sovereign borders in May 2021, Armenia’s former human rights defender Arman Tatoyan revealed the enemy has advanced in four—not three, as previously reported—positions inside Armenia.

He listed the positions in the following order:

Tatoyan emphasized the Azerbaijani incursion into the Tsav village, as well as the unlawful presence of Azerbaijani forces on the Goris-Kapan and Kapan-Chakaten roads (since November-December 2020) and the illegal blockade of those transit routes (since November 2021).

Armenia’s Defense Ministry, earlier this week, denied local Syunik residents reports that Azerbaijani forces had made further advancements and had set up camps on Armenia’s sovereign territory. The ministry insisted that the Azerbaijani had remained in their original positions.

In his report, Tatoyan said that Azerbaijani armed forces had been stationed near Armenian villages since November 2020 and were in the vicinity of houses and lands owned by residents who had corresponding ownership documents dating back to the Soviet times.

“Along with this, the Azerbaijani authorities continue their policy of Armenophobia; their policy of hatred and enmity from the highest level and enacted by Azerbaijani armed servicemen has made the every-day lives of our border residents impossible,” Tatoyan emphasized.