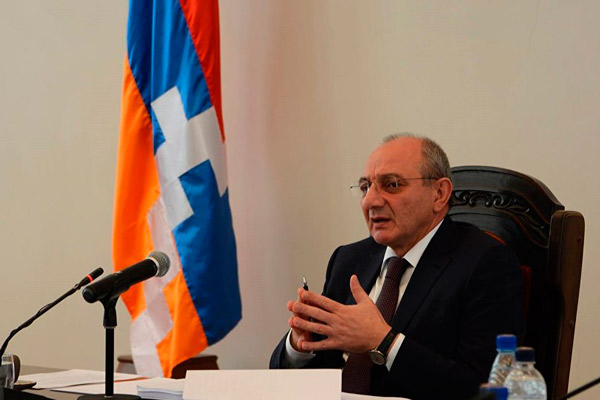 Bako Sahakyan has been re-elected as President of Artsakh on June 19 by the country’s parliament.

28 lawmakers voted in favor of the incumbent president, with 4 others voting for the other candidate, opposition MP Eduard Aghabekyan. 32 out of the overall 33 MPs were present at the special session of the parliament.

Bako Sahakyan thanked for the confidence in him and said that he will continue serving with new vigor and programs for the prosperity and development of Artsakh.

According to the country’s Constitution, the Parliament was to elect the president who would serve until 2020 – end of the current parliament’s mandate, after which a nationwide election will be held.