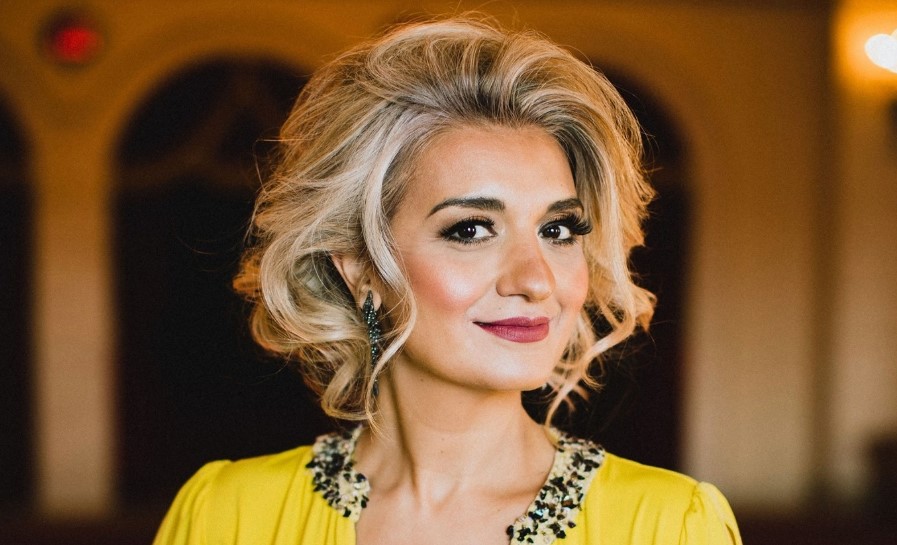 “I feel extremely honored to be invited to sing as the featured soloist at the 2022 Aurora Humanitarian Prize Award Ceremony,” the Lebanese-born soprano said in a Facebook post. The events, designed to highlight the universal humanitarian values upheld by the global Aurora movement, will be taking place on Oct. 15-16.

An Aurora Dialogue entitled “A Tribute to the 2022 Aurora Humanitarians” will take place at the Scuola Grande San Teodoro on Oct. 15, and will present the courageous work of Jamila Afghani, Hadi Jumaan, and Mahienour El-Massry, who give access to education to girls and women in Afghanistan, liberate prisoners of war in Yemen, and defend human rights in Egypt. The event will be moderated by Dele Olojede, Pulitzer Prize-winning journalist and Aurora Prize Selection Committee Member, and Julienne Lusenge, 2021 Aurora Prize Laureate and Co-Founder of the Fonds pour les Femmes Congolaises.

Later that same day, guests will gather on San Lazzaro Island, where they will have a chance to take a tour around the headquarters of the Mekhitarist Congregation and one of the world’s most prominent centers of Armenian culture and studies. This will be followed by the Solidarity Concert by the Gurdjieff Ensemble.

Invitees will then attend a prayer service and concert celebrating the best of humanity and featuring inspiring gems of international and Armenian spiritual music performed by Bayrakdarian (soprano), the Gurdjieff Ensemble, and the Piccoli Cantori Veneziani Children Choir.

A conversation with Aurora co-founder Dr. Noubar Afeyan, will take place on Oct. 16, highlighting Aurora’s contribution to addressing the most acute ongoing crises. Another Aurora Dialogues discussion entitled “The Humanitarian Impacts of Living in a Broken World” will follow.

Born in Zahlé, Lebanon, Bayrakdarian moved to Toronto as a teenager and began singing in the St. Mary Armenian Apostolic Church choir. Bayrakdarian is noted as much for her stage presence as for her musicality. Since winning first prize at the 2000 Operalia International Opera Competition founded by Plácido Domingo, she has launched an international opera career, appearing at the Metropolitan Opera, Royal Opera House, La Scala, Paris Opera, Lyric Opera of Chicago, Salzburg Festival, Dresden Semperoper, Bavarian State Opera, San Francisco Opera, Santa Fe Opera, and the Canadian Opera Company among others.

In addition to her first prize at the Operalia Competition and four consecutive Juno Awards, Bayrakdarian has been awarded the Queen Elizabeth II Golden Jubilee Medal, the 2005 Virginia Parker Prize from the Canada Council for the Arts, the Leonie Rysanek Award from the George London Foundation, the Holy See of Cilicia Mesrob Mashtots Medal, a Metropolitan Opera National Council Award, and Armenia’s Komitas and Movses Khorenatsi medals.

With an emphasis on assisting the neediest, the Aurora Humanitarian Initiative and its flagship program, the Aurora Prize, aim to address local humanitarian concerns around the globe. A $1,000,000 (USD) award is granted to an Aurora Prize Laureate each year, presenting the recipient a unique chance to support charitable organizations and continue the cycle of giving. The award is granted on behalf of the survivors of the Armenian Genocide, as a token of appreciation for their saviours. Over 2.7 million people in need have already benefited significantly from Aurora.