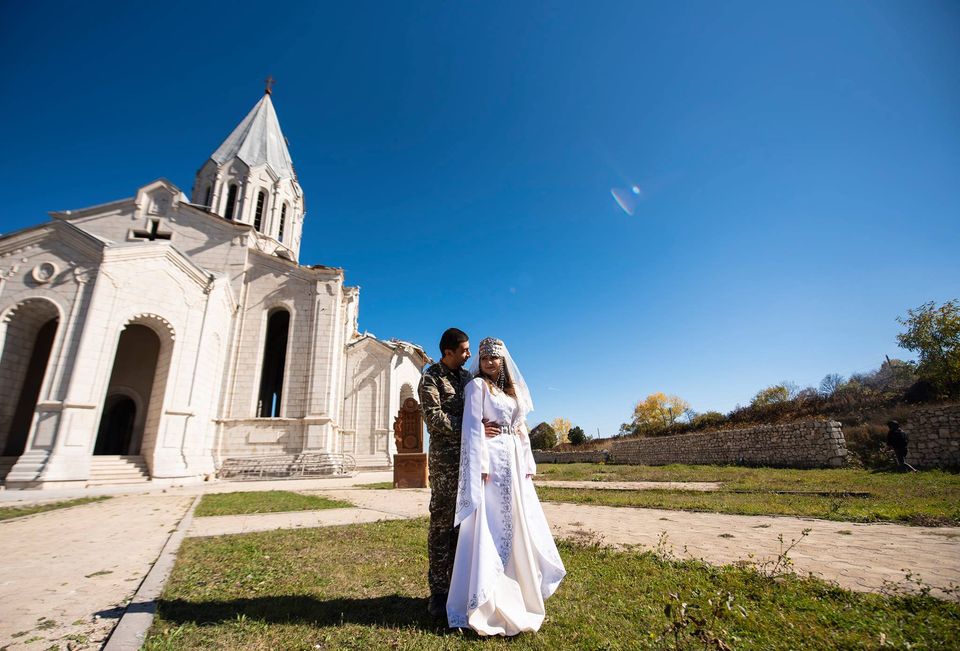 “Armenpress”- Despite the relentless and continuing Azeri bombardments on Artsakh’s towns and cities, a couple got married on Saturday at the Ghazanchetsots Cathedral, the church in Shushi that was bombed twice by the Azeri armed forces on October 8.

The newlyweds are Mariam Sargsyan, a journalist, and Hovik Hovsepyan, who is currently serving in the Artsakh military as a volunteer. He was wearing his military fatigues during the ceremony.

Guests included the many foreign reporters currently in Artsakh, as well as Gayane Abrahamyan, a Member of Parliament from Armenia. “This was highly important as a message, that we won’t anyhow stop living our normal lives, the war won’t stop us in any way,” Abrahamyan told Armenpress.

President of Artsakh Arayik Harutyunyan congratulated the couple through a message on social media.

“Life in Artsakh continues parallel with the war. And the wedding of Hovik and Mariam at Shushi’s Ghazanchetsots Cathedral today is first of all a message addressed to the entire civilized world that guns must fall silent as soon as possible. Be happy,” he said.

Pictures from the wedding ceremony 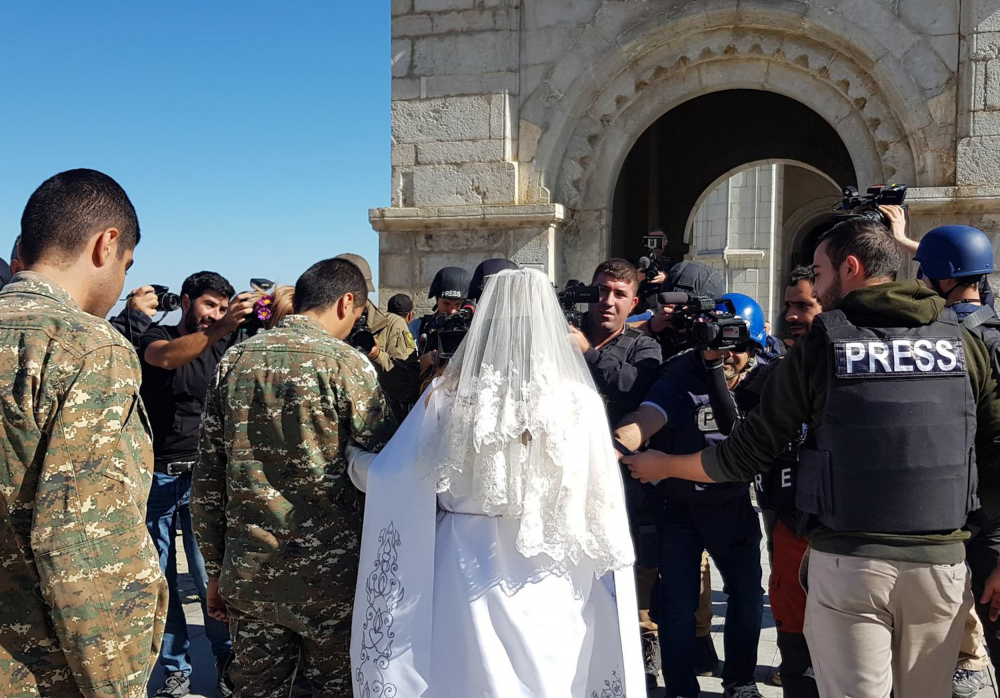 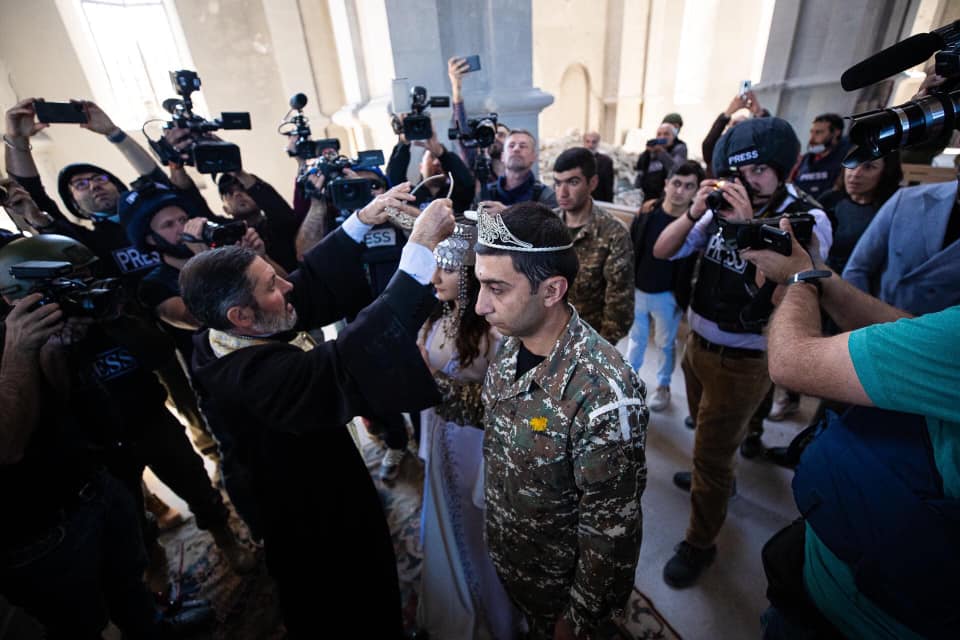 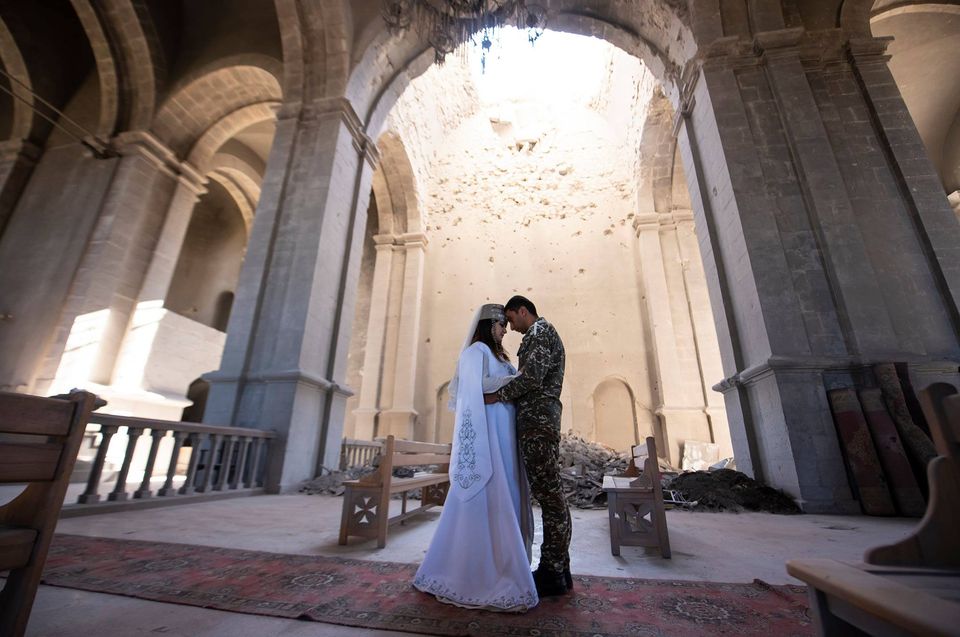 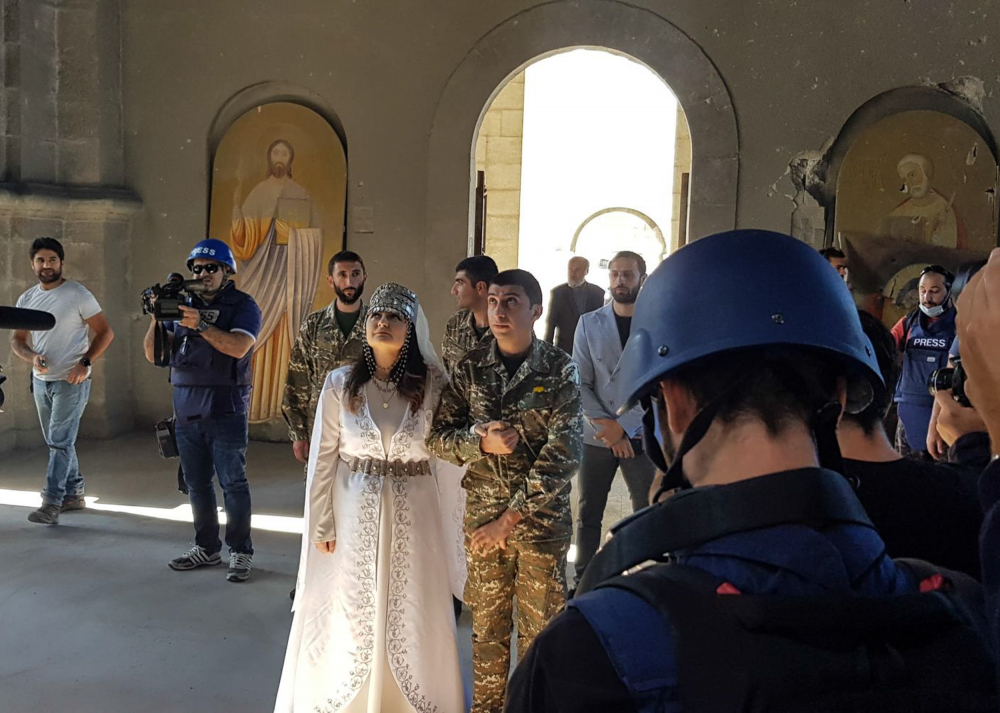