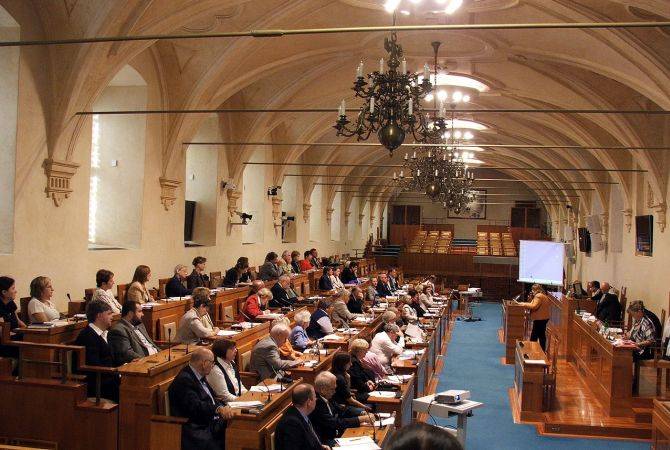 (Armenpress)- The Senate of the Parliament of Czech Republic on May 20 unanimously adopted a resolution introduced by Senate Vice President Milan Stech which was dedicated to the 75th anniversary of the end of WWII and the condemnation of the crimes committed during the two world wars, including the Armenian Genocide, the foreign ministry said.

In April 2017 the Chamber of Deputies of the Czech Parliament approved a resolution, condemning the genocide of Armenians and other religious and national minorities in the Ottoman Empire during the First World War.