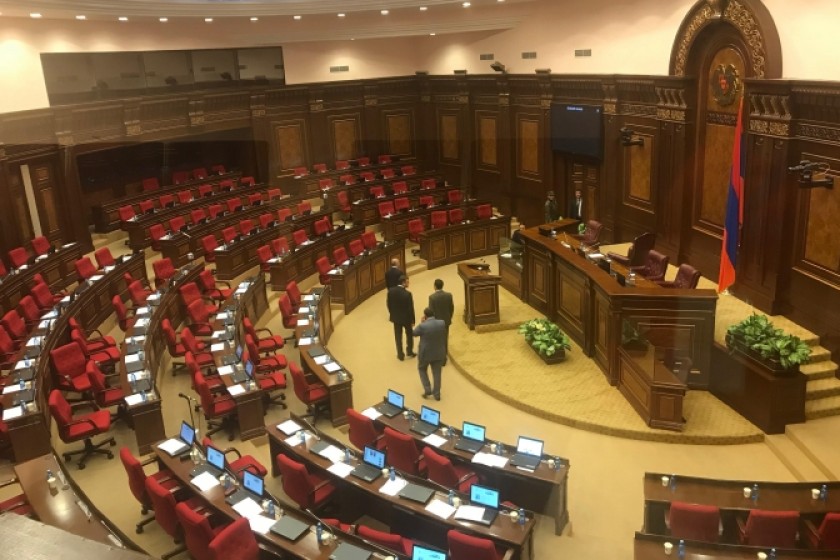 (Azatutyun)- Armenians will go to the polls to elect their next parliament on December 9 after a formal dissolution of the National Assembly has been confirmed in the country.

President Armen Sarkissian signed a decree late on November 1, calling early elections after lawmakers failed for a second time, in accordance with a prior political agreement, to elect a new prime minister.

Acting Prime Minister Nikol Pashinian announced last month he was resigning from the post of prime minister in order to dissolve the parliament still dominated by the former ruling party and force early elections. He will continue to perform his prime-ministerial duties until a new parliament and prime minister are elected.

Under the Armenian Constitution, snap elections can be called only if the prime minister resigns and the parliament fails to replace him or her with someone else within two weeks.

The Central Electoral Commission (CEC) on Friday unanimously approved the schedule and timetable for the main events of the December 9 elections.

Thus, in accordance with the CEC decision, the maximum number of candidates for political parties or alliances is to be determined within 10 days after the appointment of the elections.

Political parties or alliances are to submit their documents for registration no later than 25 days before the vote – i.e. until the end of the working day on November 14.

The registration of the lists of candidates submitted by political parties or alliances is to take place on November 14-19 and the election campaign will be held from November 26 through December 7.

The political team of acting Prime Minister Pashinian, who came to power on the wave of anti-government demonstrations last spring, is tipped to win the upcoming polls by a landslide.