End Of Lockdown Blamed For Rising COVID-19 Cases In Armenia 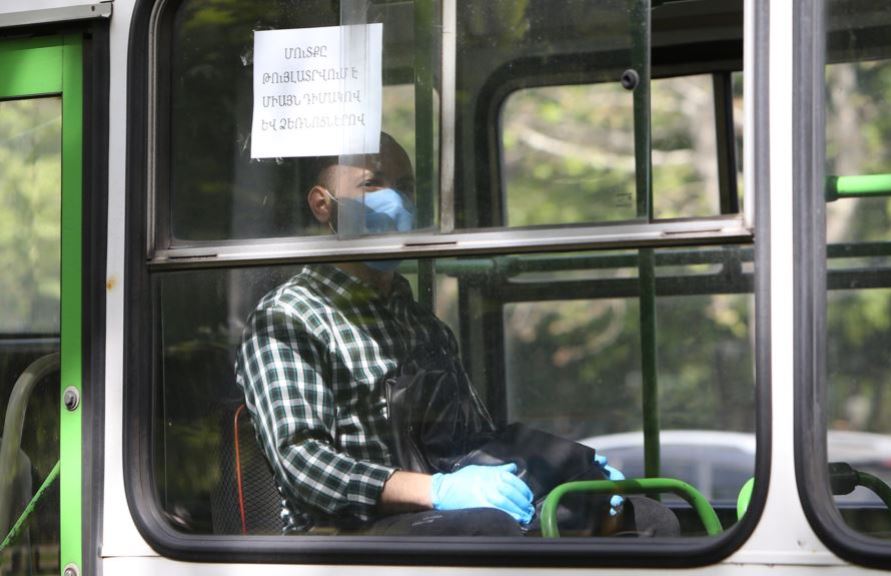 (Azatutyun)- The lifting of government restrictions on people’s movements and business activity has helped to accelerate the spread of coronavirus in Armenia, the Ministry of Health said after reporting another daily high of new COVID-19 cases on Monday.

The ministry said that 351 more people tested positive for the virus in the past day, bringing the total number of confirmed cases to 4,823. The latest number of new cases is sharply up from the previous record high of 259 cases reported on Saturday.

Also, the 7.8 percent increase represents the highest rate of daily infections recorded since the beginning of April.

With one more fatality registered in the last 24 hours, the official death toll from the virus reached 61. The number does not include the deaths of 25 other people infected with respiratory disease. The ministry claims that they died primarily as a result of other, pre-existing conditions.

Alina Nikoghosian, the Ministry of Health spokeswoman, said that one of the reasons for the increased number of new cases is that in recent days more isolated people have had coronavirus tests at the end of their two-week confinement.

“Those who have been in contact with the confirmed cases are also tested en masse,” Nikoghosian told RFE/RL’s Armenian service. “We are talking about whole families and other large entourages. This is the second reason.”

Nikoghosian admitted that the end of the nationwide coronavirus lockdown also contributed to the faster spread of the disease.

The number of new coronavirus cases has been steadily growing since then. Despite that, the government decided last week to scrap the last remaining lockdown restrictions, lifting the ban on public transport and allowing kindergartens, shopping malls, indoor restaurants and cafes and gyms to reopen on Monday.

In Yerevan, 800 minibuses and 300 buses resumed their work in the morning. Police officers were deployed at bus stops across the city to ensure that drivers and commuters comply with social distancing and hygiene rules set by the government.

The rules require them to wear face masks and gloves and disinfect their hands with sanitizers that must be available inside all buses, minibuses and even taxis. They also limit the number of people who will be allowed to ride them.

Most commuters interviewed by RFE/RL’s Armenian service backed these requirements even if some of them claimed to be having trouble breathing through masks. “For the sake of our health, we must stick to them as much as possible,” said one woman.

Nikoghosian agreed that the end of the lockdown could facilitate further spread of the virus. “At this rate, we will have about 6,500 cases by May 24 and more than 12,000 cases by June 8,” said the official.

Prime Minister Nikol Pashinian downplayed the rapidly rising number of cases when he spoke at a news conference on Saturday. Pashinian argued that more than 70 percent of the infected people are showing no symptoms and only a fraction of about 700 COVID-19 patients suffering from pneumonia are in a critical or serious condition. Armenia will face a serious health crisis only “if the number of seriously ill people exceeds 1,400,” he said.

Nikoghosian said that the health authorities still have enough capacity to hospitalize or isolate all infected citizens. But echoing statements by Health Minister Arsen Torosian, she cautioned that they may soon have to tell asymptomatic patients to stay at home.

Pashinian stated on May 4 that the onus is now not only on his government but also on ordinary Armenians to contain the virus. He again defended last week this “decentralized tactic of fighting against coronavirus.”

Critics accuse the prime minister of trying to dodge responsibility for his administration’s failure to contain the epidemic. They say the authorities never properly enforced the lockdown, ended it too soon and are now paying the consequences.