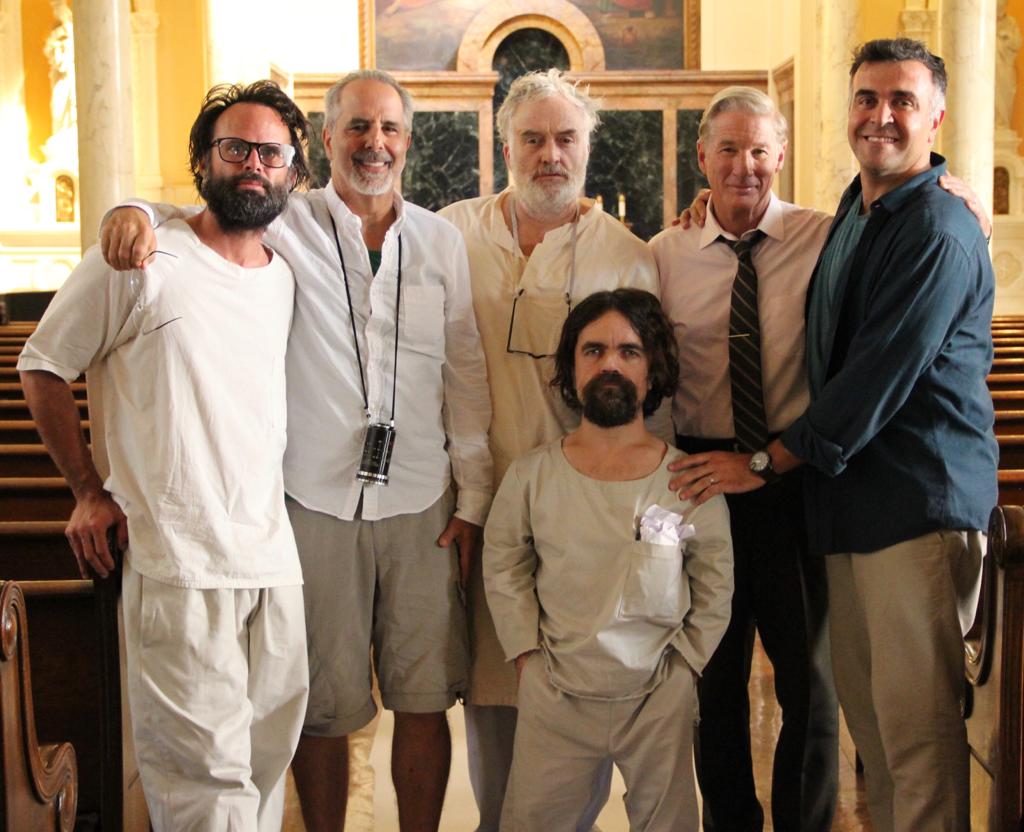 “Three Christs” written by Eric Nazarian and directed by Jon Avnet was released in theaters and VOD on January 10th, 2020.

The film is the adaptation of Milton Rokeach’s “The Three Christs of Ypsilanti” which premiered at the Toronto International Film Festival (TIFF), starring Richard Gere, Peter Dinklage, Julianna Margulies, and Walton Goggins.

The movie takes Place in 1959 when psychiatrist Dr. Alan Stone (Richard Gere) arrives at a mental hospital in Ypsilanti, Michigan armed with the radical belief that schizophrenic patients should be treated not with confinement and electroshock therapy but with empathy and understanding. As his first study, he takes on the particularly challenging case of three men—Joseph (Peter Dinklage), Leon (Walton Goggins), and Clyde (Bradley Whitford)—each of whom believes they are Jesus Christ. Hoping that by getting them together in the same room to confront their delusions he can break through to them, Dr. Stone begins a risky, unprecedented experiment that will push the boundaries of psychiatric medicine and leave everyone involved profoundly changed.

Based on a true story, ”Three Christs” is a fascinating and moving look at one man’s journey into the deepest mysteries of the human mind.

Director and screenwriter Eric Nazarian is the winner of “the Academy of Motion Picture Arts and Sciences Nicholl Fellowship”, the world’s most prestigious screenwriting competition for his screenwriting of “Giants”. He has participated in the making of the films such as Mongol II, Die Like A Man, The Sandcastle Girls, The Black Demon, North End, Blood Brothers, Giants, Blowback, Three Christs, V/H/S Viral, My Grandfather’s Music, Do Not Forget Me Istanbul, Father vs. Son, The Blue Hour, Two Days, Camera Obscura, Epidioxi.

“The Blue Hour” (2007), his first feature film as writer-director, premiered at the 55th San Sebastian International Film Festival and was nominated for the Altadis-New Director’s Award. “The Blue Hour” went to screen at the 25th Torino Film Festival in the Official Selection and was named “Film of the Day” by the European Network of Young Cinema. It was also featured at 10th Arpa International Film Festival where Nazarian was presented with the Best Director award. The film received the Golden Apricot for Best Film in the Armenian Panorama, the Ecumenical Jury Award, and the Prime Minister’s Award at the 5th Golden Apricot Film festival.

In 2010, Nazarian made “Bolis,” a short film about a descendant of a Genocide survivor in Istanbul as part of the European Union’s Capital of Culture Program.