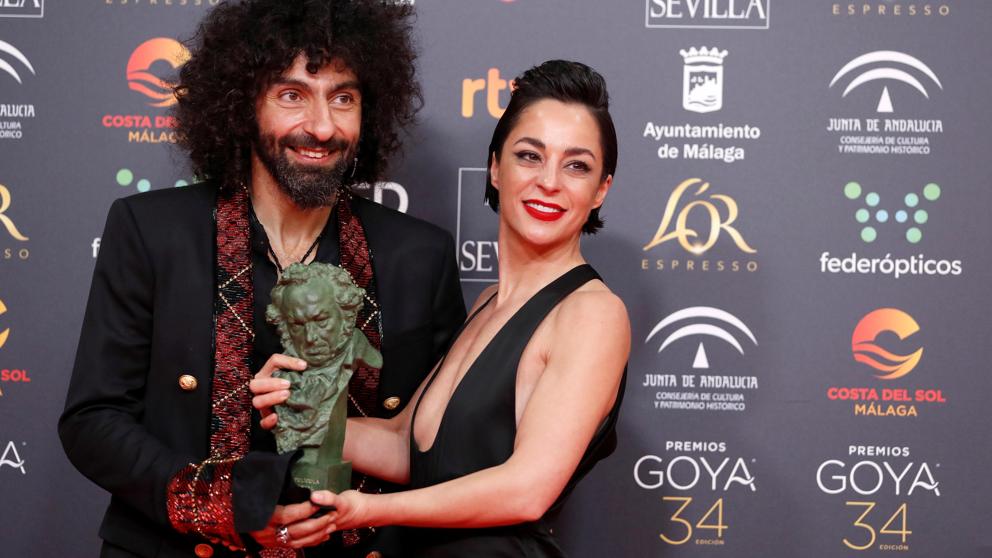 Director Nata Moreno and violinist Ara Malikian pose with Goya for the best documentary film, for ‘Ara Malikian, a life between the strings’ (Jorge Zapata / EFE)

(Armradio-  La Vanguardia)-  The full length documentary Ara Malikian: A Life Among Strings, about the life and work of internationally acclaimed Lebanese-Armenian violinist and composer Ara Malikian has been named the best at Goya Awards in Spain.

The film portrays his professional trajectory and personal story. Music saved his life when he escaped the war. He left Beirut when he was only 14 and ever since has lived a nomadic life, bringing his music to the world.

Directed by Nata Moreno, the film opens as a surreal trip to the past. Malikian’s story of survival begins long before he is even born, as a descendant of an Armenian grandfather who escaped genocide as a teenager, slipping out of Turkey into Greece with nothing more than a violin he could not play, before settling in Lebanon.

Half a century later, in the midst of the Lebanese Civil War, Malikian must also leave home as a teenager. Like his grandfather, he starts a new life carrying a violin. The difference is Malikian never stops playing, and the music leads him to new chapters in Germany, England, Spain, and on the world stage.

Receiving the award, director Nata Moreno thanked Ara Malikian for being “so generous” to allow her to tell his story, and thanked his parents for teaching him to be “free and happy.”

For his part, Ara Malikian expressed his gratitude to Nata Moreno for dedicating five years of her life to tell his story, something that seems “very self-centered.”