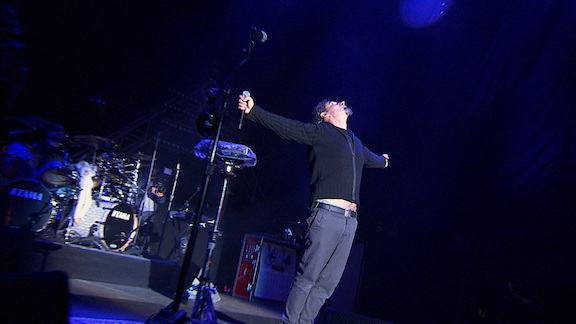 (Asbarez)- The first trailer from “Truth To Power,” director Garin Hovannisian’s feature documentary chronicling Serj Tankian, the lead singer of System Of A Down, has been released, Deadline reported.

The film follows the rock band and specifically Tankian’s social justice activism work, including his role in inspiring the peaceful protests as part of the 2018 Velvet Revolution in Tankian’s native Armenia. The project comes from Live Nation Productions, according to Deadline.

The film was slated to premiere at Tribeca Film Festival before it was cancelled due to the COVID-19 pandemic.

The documentary will also be feature the Cannes Virtual Film Market, known as the Cannes Marche this week.

More Than 40,000 Armenian Citizens Have Returned Home Since March 15