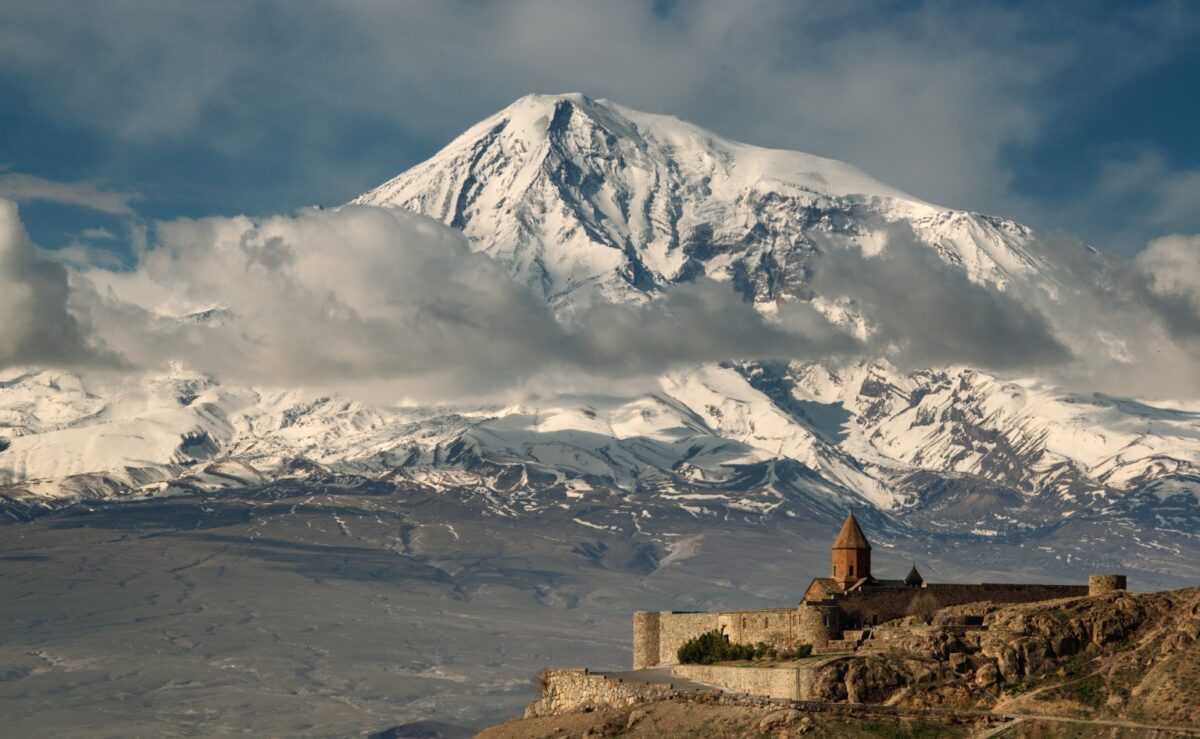 Khor Virap and mount of Ararat

(Armradio)-Forbes has included Armenia among seven impressive destinations that can be visited despite Covid-19. The publication advises to taste the oldest cognac in the world.

“History says that this wine brandy was already distilled in those lands in the time of the Babylonians. Ararat Cognac – which is named after the mountain located on the border between Armenia and Turkey – gives off an aroma of nuts, spices, dark chocolate and vanilla. The secret lies in its production, through local grape varieties with unique properties, thanks to the microclimate of the Ararat Valley, and an ancient method of double distillation and aging in Armenian oak barrels,” author Eva Pla writes.

“The cognac tasting experience is linked to stories and legends such as the one that says that during the Yalta conference, Stalin offered Winston Churchill a glass of Ararat to accompany his cigar and the English president loved it. From then on, Churchil received a shipment of Dvin brandy every month. On one occasion the prime minister noticed that the quality of his cognac delivery had deteriorated and informed Stalin. The coupage master, Margar Sedrakyan, was found to have been exiled to Siberia, and his absence was noticeable in the quality of the production. Stalin ordered the master to return to his work and provided him with all the necessary conditions to return to his normal life,” the article continues.

At this time, Armenia can be reached with a negative PCR performed up to 72 hours before the trip.

The Forbes offers to rest in a 12th century villa in Gozo (Malta), feeling Darwin” in the Galapagos Islands (Ecuador), visit the Namib Desert (Namibia), climb the oldest mountains in Ireland, stroll through the troglodyte city of Vardzia (Georgia), see sunrise and sunset in the Salar de Uyuni (Bolivia),