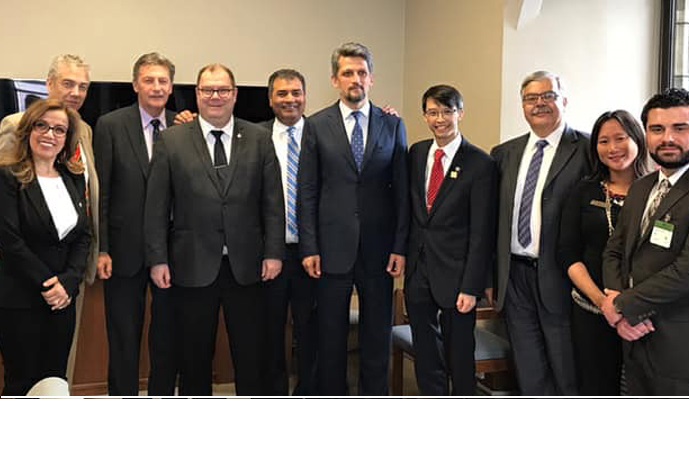 On May 2, 2017, Turkish parliamentarian of Armenian descent and a founding member of the People’s Democratic Party (HDP), Mr. Garo Paylan held a series of meetings in Ottawa and Montreal with Members of Parliament and various current and former Canadian officials.

During his meetings, Mr. Paylan had the opportunity to provide an overview of the current political climate in Turkey, the aftermath of the constitutional referendum and the ongoing uncertainty and concern regarding the rights and freedoms of minorities living in Turkey.

Later during the day, Mr. Paylan also had the opportunity to meet Canada’s former Minister of Justice and Attorney General and current head of the Raoul Wallenberg Centre for Human Rights, the Hon. Irwin Cotler, where similar issues were raised and discussed.