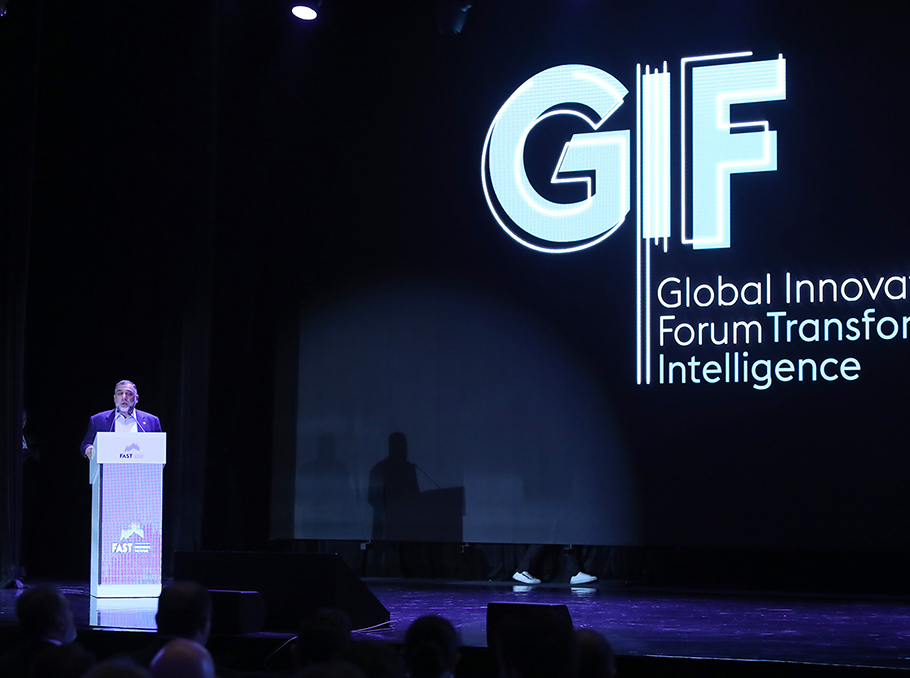 YEREVAN, “Mediamax”- Global Innovation Forum 2019 (GIF) on “Transforming Intelligence” has kicked off in Yerevan today. The three-day event, which is the second edition of the forum, is created and organized by the Foundation for Armenian Science and Technology (FAST).

Global Innovation Forum is set to explore the impact of artificial intelligence on science and society from the scientific, technological, and industrial perspectives.

This year the forum hosts scientists and leading experts from prominent companies like Google, Facebook, Microsoft and Flagship Pioneering, as well as universities of Alabama, Tel Aviv, Harvard, Stanford and Berkley, and Massachusetts Institute of Technology (MIT).

“We used to look at a human through the phrase “I am who I am”. In the era of technology we look at us as “I am what I want me to be”,” FAST CEO Armen Orujyan noted during GIF opening ceremony.

“In the 21st century Armenians will become one of the pillars of integration,” stated Ruben Vardanyan, co-founder of FAST.

According to him, Armenians are going to benefit from creative thinking and the Armenian “network”, which is one of the country’s most powerful assets that it can use in the future.

“In order to find answers to questions about the meaning of life in the 21st century, we need to live in an ecosystem where people develop professionally and personally. That is the kind of environment we are building in Armenia,” added Vardanyan.

“We have prepared quite an ambitious program, which will reach its peak on 10 October 2020. On that day, we want to plant 10 million trees in Armenia. The planting on the 10th day of the 10th month will symbolize the unification of 10 million Armenians worldwide around their national identity and the Republic of Armenia,” he said.

Ryanair To Start Flights From Armenia In January 2020