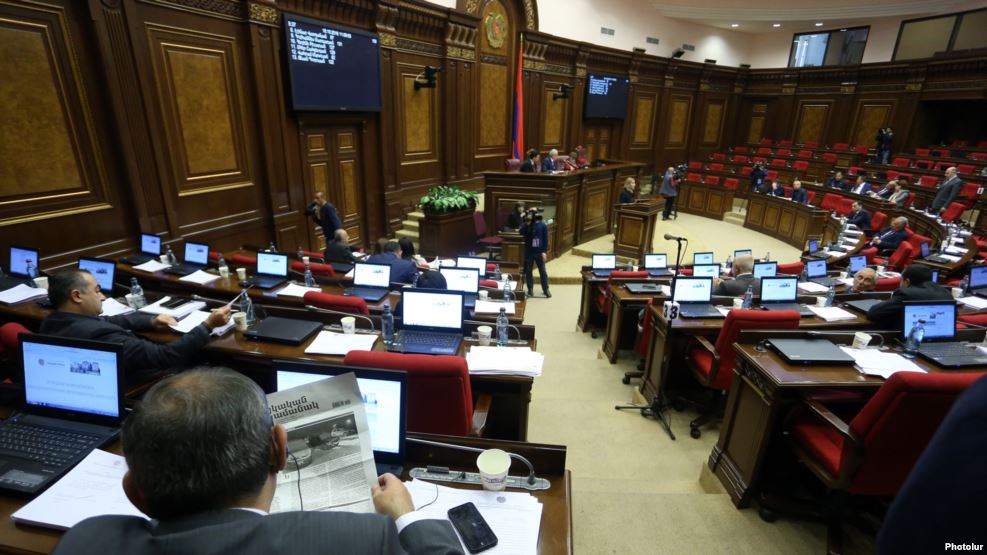 [:en](RFE/RL)-Opposition lawmakers strongly criticized the Armenian government on Tuesday for seeking to criminalize the spread of untrue reports of serious fraud in next year’s parliamentary elections.

Under a corresponding amendment to Armenia’s Criminal Code drafted by the government, citizens disseminating such false information would risk between two and five years in prison. It is part of a package of major changes in the code which the government and the parliamentary opposition worked out last month in an effort to ensure the proper conduct of the elections slated for April.

Elinar Vartanian, a deputy from the Prosperous Armenia Party (BHK), argued on Tuesday that the proposed measure does not differentiate between deliberately and unintentionally false allegations of vote rigging. “This is aimed at ensuring that citizens are scared of appealing to law-enforcement bodies if they come across violations,” she said.

Naira Zohrabian, another BHK lawmaker, said the authorities must drop the amendment or at least agree to make such offenses punishable by fines, rather than imprisonment. “You have no right to exclude the possibility of cases of sincere delusion,” he said, appealing to the authorities.

But Davit Harutiunian, the chief of the government staff who presented the bill to lawmakers, rejected the criticism, saying that criminalization of false fraud reports is part of the deal struck by the authorities and the parliamentary opposition, including the BHK.

“We agreed to do something in exchange for something else,” said Harutiunian. “But now you are telling us to give you what you want and let you avoid giving us what you were supposed to give in return. No way.”

Speaking in the parliament on Monday, Harutiunian said the punitive measure is needed to prevent an “electoral nightmare” on polling day.

The most significant of the anti-fraud amendments agreed by the government and opposition is meant to preclude multiple voting by government supporters. This will be done through the publication of the names of those voters that have cast ballots, according to official protocols. Opposition parties will be able to verify whether those voters actually live in Armenia.

The government also agreed to ensure live online broadcasts of voting and ballot counting in all 2,000 or so polling stations across the country.

Levon Zurabian, a leader of the opposition Armenian National Congress (HAK), described the deal as “historic” when it was signed on September 13. Zurabian claimed on Tuesday, however, that despite abandoning a key source of fraud, the authorities will still try to rig the April 2017 elections, including by intimidating or bribing voters.[:]