Government Sees Potential For Faster IT Growth In Armenia 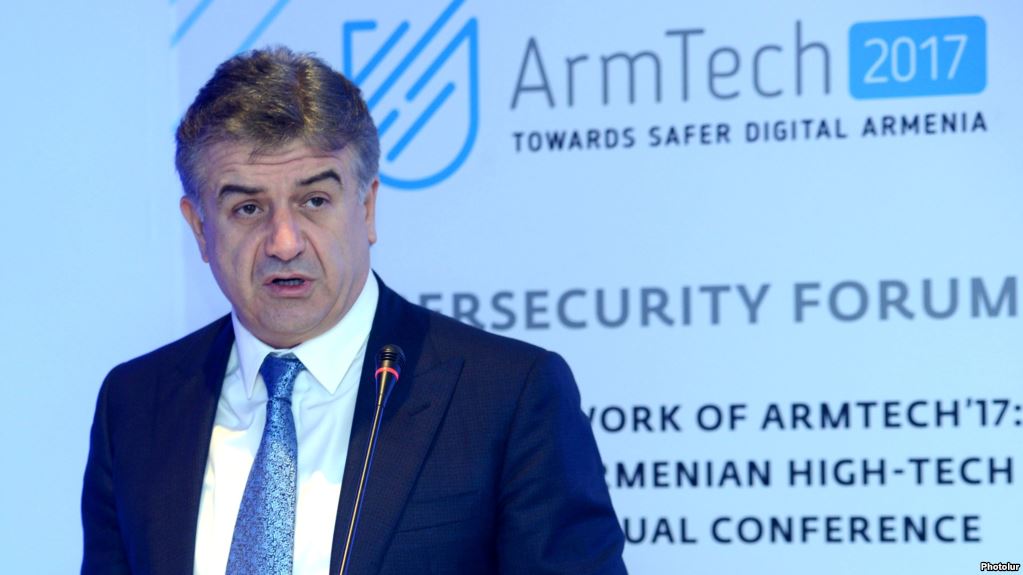 Prime Minister Karen Karapetian said on Wednesday that his government is ready to take “revolutionary” measures to help speed up the already rapid growth of Armenia’s information technology (IT) sector.

“We will consistently carry on with our policy of supporting the development of information technology and will deepen and expand our cooperation with local and transnational companies involved in this area,” he told an annual international conference held in Yerevan.

The Armenia tech industry has expanded by an average of over 20 percent annually in the past decade, making it the fastest-growing sector of the domestic economy. Its annual turnover is now equivalent to roughly 5 percent of Gross Domestic Product.

“Right now we have serious competitive advantages both in the region and in comparison to other countries,” declared Karapetian. He insisted that growth in the sector employing around 15,000 people could be even faster.

In particular, he said, major tax breaks introduced by the previous Armenian cabinet two years ago should further accelerate the emergence of IT startups. In his words, 100 such firms were already set up last year.

Although there are currently some 500 IT firms operating in Armenia, the sector is still dominated by the Armenian branches of U.S. tech giants like as Synopsys, National Instruments, Mentor Graphics and VMware. But its steady expansion is also increasingly driven by homegrown Armenian companies.

Karapetian noted with satisfaction that more of them are switching from outsourcing to development of their own products and innovative solutions. “I want our local firms to be much more active and audacious seeing as we have declared that the government is prepared for any logical and, if necessary, even revolutionary solutions,” he said in a speech at the ArmTech 2017 forum organized by the government.

The premier added that the government is specifically ready to authorize the IT sector to manage computer science programs in Armenia’s schools and universities.

Industry executives have long complained about the inadequate professional level of many graduates of IT departments of Armenia universities. According to their estimates, there are now thousands of vacancies in the sector because of that. They say the continuing shortage of skilled personnel is the key challenge facing their companies.

Earlier this year Karapetian met with a team of government officials and tech executives that proposed a wide-ranging reform of engineering education in Armenia. One of those executives said only half of 1,300 IT students graduating from Armenian universities each year are qualified enough to work in the sector without undergoing further training.