In a letter to Assad, Catholicos Aram I Welcomes Armenian Genocide Recognition by Syrian Parliament 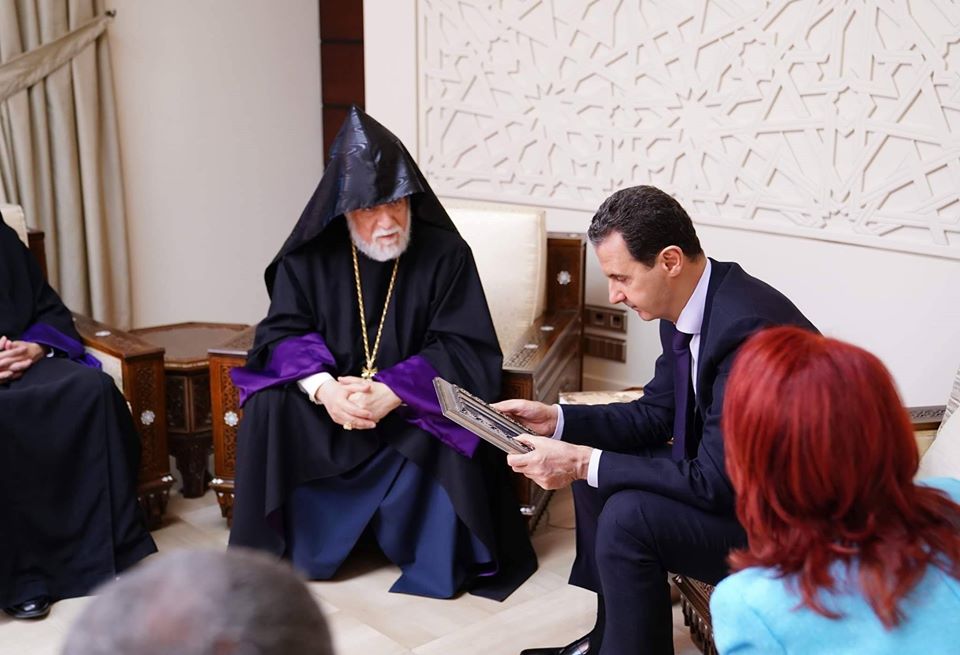 The visit of Aram I to President Bashar Assad, May 1, 2019, Damascus

(Armradio)- On February 13, in a letter to Syrian President Bashar Al-Assad, His Holiness Aram I, Catholicos of the Great House of Cilicia, warmly welcomed the passage of an Armenian genocide resolution by the People’s Council.

“We are confident that you and your father have played an important role in condemning the genocide. On this occasion, we would also like to emphasize that the Syrian people, with its constituent elements, its state and all structures, recognized the Armenian Genocide 100 years ago when it welcomed all the surviving children of the Armenian Genocide victims on its land,” His Holiness said.

“The Syrian people shared their bread and water with Armenians that fled the genocide, which is why our people in the Diaspora welcome this decision of the Syrian Parliament with special warmth. We would like to express our appreciation to the Syrian Parliament, Your Highness and the people of Syria,” the Catholicos continued.

He wished peace and wellbeing to Syria.