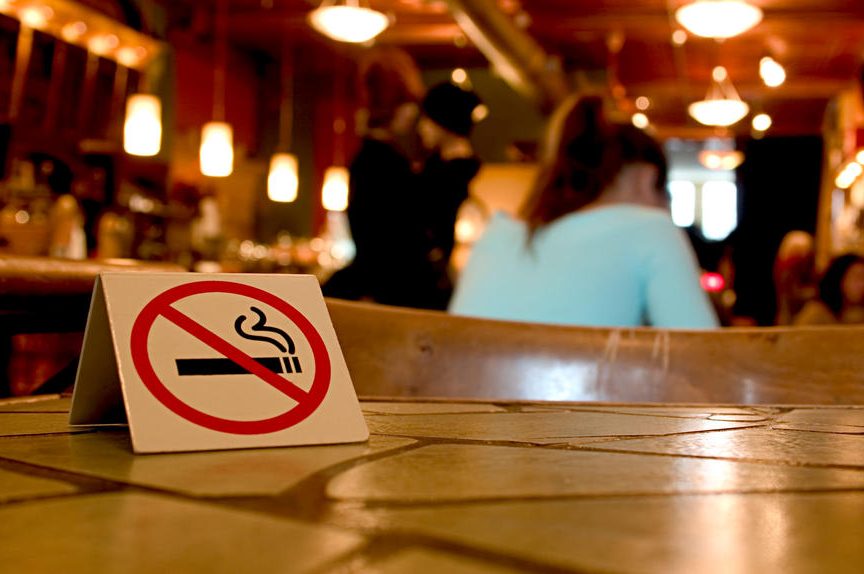 (Azatutyun)- Armenia’s parliament voted on Tuesday to accept a government proposal to gradually ban smoking in cafes, restaurants and all other indoor public places in the country.

Under a government bill passed in the second and final reading by 76 votes to 16 with 7 abstentions, Armenians will also not be allowed to smoke while driving cars or buses. In addition, the bill imposes a blanket ban on any form of tobacco advertising.

The bill was drafted by the Ministry of Health and submitted to the Armenian government for approval one year ago. It underwent some changes before being approved by the National Assembly in the first reading in December. In particular, it was decided that the ban on smoking in cafes and restaurants will come into force in March 2022.

Deputies representing the opposition Bright Armenia Party (LHK) voted against the final version of the bill, saying that it will hurt many businesses. One of them, Gevorg Gorgisian, argued that Armenia’s leading cigarette manufacturer, the Grand Tobacco company, is now the country’s number one corporate taxpayer.

“Let’s develop other sectors of the economy before starting to hit this one,” Gorgisian said during a parliament debate that preceded the vote.

“Ten percent of annual deaths [in Armenia] result from smoking,” said Nanushian. “This 10 percent is a serious figure, my dear deputies: every year 3,000 people die as a result of smoking.”

Armenia is a nation of heavy smokers with few restrictions on tobacco sales and uses enforced to date. According to the Ministry of Health estimates, 52 percent of Armenian men are regular smokers. Medics blame this for a high incidence of lung cancer among them. The smoking rate among women is much lower.

Nanushian also warned of health risks posed by passive smoking when she spoke in the parliament in December. Citing surveys conducted in 2016 and 2017, she said that more than 70 percent of pregnant women in the country are “exposed to secondhand smoke every day.”

In a letter to Assad, Catholicos Aram I Welcomes Armenian Genocide Recognition by Syrian Parliament