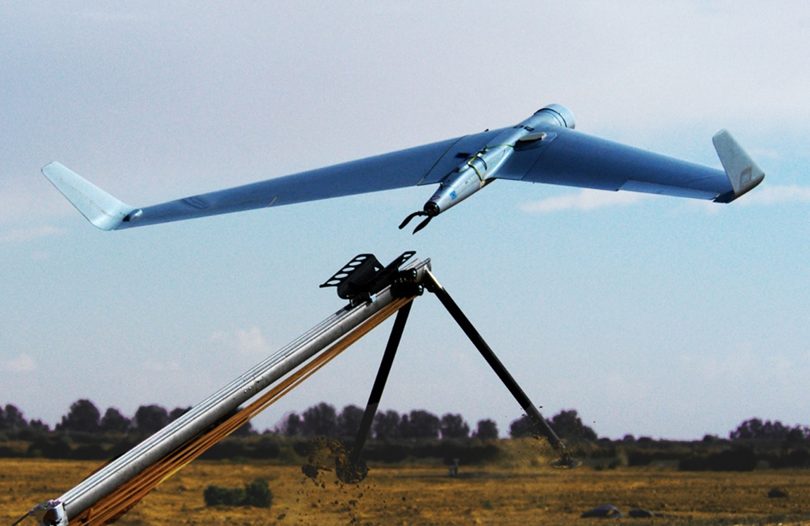 “Times of Israel”- Israel’s State Attorney’s Office announced Wednesday, August 29 that it intends to indict, pending a hearing, officials of a drone manufacturer that allegedly attempted to bomb the Armenian troops in Nagorno Karabakh (Artsakh) on behalf of Azerbaijan during a demonstration of one of its unmanned kamikaze aerial vehicles last year,

A statement announcing the summonses said the members of the company are suspected of fraud as well as other violations of the Defense Export Control Law, which protects against unauthorized exports of defense intelligence and equipment.

In a statement responding to the hearing summonses, Aeronautics said: “We are convinced that after we first present our position at the hearing, the State Prosecutor’s Office will reach an informed decision that there is no reason to put the company or any of its officers in court and will order the case closed.”

An investigation into the company was opened in September 2017 but a gag order has been placed over many of its details.

Roughly a month earlier, the Defense Ministry’s Defense Export Controls Agency halted Aeronautics’ export license for its Orbiter 1K model UAV to a “significant customer,” which the company reported to the Israeli stock exchange, as required by law.

According to Aeronautics, the company was poised to make a NIS 71.5 million ($20 million) deal over the next two years with the “significant customer.”

As a rule, Israeli defense contractors refrain from naming their customers directly. However, it could be understood from the statement that the country in question was Azerbaijan.

The decision to halt the sale came approximately two weeks after a complaint was filed with the ministry saying that the company had, at the request of the Azeris, launched one of its Orbiter 1K model drones at Armenian forces in Karabakh.

Colonel Armen Gyozalian of the Armenian army said two soldiers were lightly wounded in the attack on July 7, according to the Armenian defense ministry’s “Hay Zinvor” news outlet.

A copy of the complaint was first leaked to the Maariv newspaper.

According to the report, the firm sent a team to the Azerbaijan capital Baku to demonstrate the unmanned aerial vehicle, which can be outfitted with a small explosive payload of 2.2 to 4.4 pounds (one to two kilograms), and flown into an enemy target on a “suicide” mission.

According to the complaint, while demonstrating the Orbiter 1K system to the Azerbaijani military sometime in Octoer 2017, the company was asked to carry out a live-fire test of the system against an Armenian military position. The two countries have been been fighting sporadically for nearly 25 years. The conflict has ramped up over the last 16 months over the breakaway region of Nagorno-Karabakh.

Such a test would be illegal under Israeli law, as it would require a seldom-granted permit to carry out demonstrations against real targets. In this case, Aeronautics Defense Systems would be even less likely to receive such a permit, as Israel does not consider Armenia to be an enemy state.

The two Israelis operating the two Orbiter 1K drones during the test refused to carry out the attack, despite threats from their superiors, Maariv reported.

Two higher-ranking members of the Aeronautics Defense Systems delegation in Baku then attempted to carry out the Azerbaijani request, but, lacking the necessary experience, did not directly hit their targets, the report said.

The Yavneh-based Aeronautics denied the assertion when reports first came out, saying it “has never carried out a demonstration against live targets, including in this case.”

Aeronautics Defense Systems, which specializes in UAV technology, manufactures other drones that are similar to the Orbiter 1K but lack its attack capabilities and can only be used for reconnaissance. Azad Systems, a subsidiary of Aeronautics Defense Systems that is run by the Azerbaijani defense ministry, currently manufactures at least two models of the Orbiter platform. Azerbaijani news outlets have reported that the country has its own Orbiter kamikaze drones as well.

In 2016, Azerbaijan used another Israeli kamikaze drone, an Israeli Aerospace Industries Harop-model, in an attack on a bus that killed seven Armenians.

Israel has come under internal criticism for its cooperation with Azerbaijan over the country’s reported human rights violations.