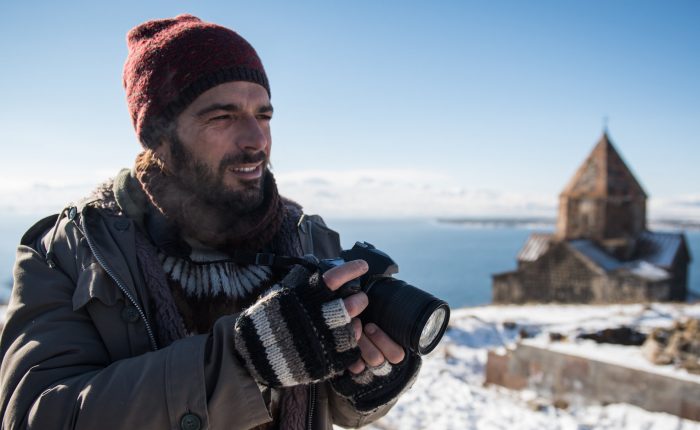 (Panarmenian)– The first feature film by Italian filmmaker Simone Spada “Hotel Gagarin”, which was almost entirely shot in Armenia, will hit the big screens in the director’s homeland on May 24.

Spada has also written the script which provides a poetic account of human nature, made of weaknesses, but above all of dreams and hopes.

In the film, an untrustworthy and fraudulent producer puts together a group of hopeless individuals and sends them to Armenia to shoot their first film together. For some reason, this can be a turning point in life for each of them: there is the dissatisfied professor who dreams about his first project, the prostitute who is offered a legal job, the wedding photographer who is neck deep in debt and so on. Unfortunately, however, the producer runs away with the money and leaves the troupe in a hotel in the desolate mountains of Armenia.

“Hotel Gagarin” is a comedy that depicts the search for personal redemption, showing how far too often people distance themselves from the real serenity in life, Cinemaitaliano.info says in its recap.