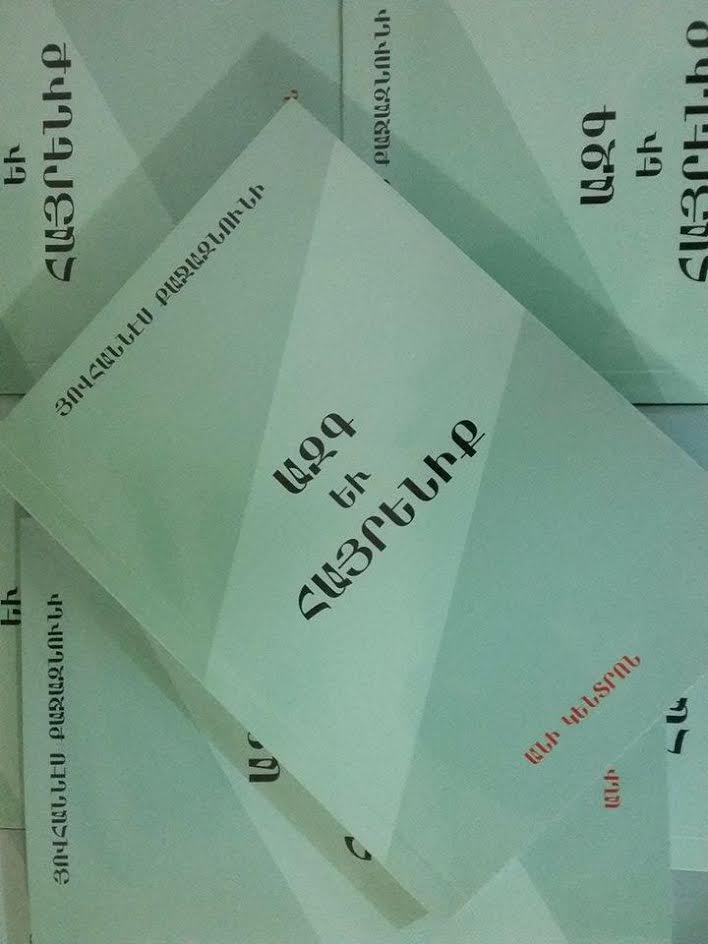 This exceptional work on the history of Armenian political and philosophical thought was first published in 1923-1924, in the Armenian Revolutionary Federation’s (ARF) Hairenik magazine (Boston), in segments, with the exception of the last two segments.

“Kajaznuni has an exceptional place in the history of Armenian political thought. This volume is not very familiar to the Armenian reader. Unfortunately, Kajaznuni is not worthily appreciated both as a public, political figure and as a writer, neither in Diaspora, nor in Armenia. By republishing his works, ANI center brings its modest contribution in introducing this prominent Armenian, prominent individual to our contemporaries,” said ANI Armenian Research Center coordinator, journalist Tatul Hakobyan.

Hakobyan also extended special gratitude to the benefactor Sargis Boudakian and Armenologist Arthur Lazaryan, who brought his contribution in editing and proofreading this important work.

The book’s first presentation will be held in Beirut on Oct. 28, at 37th Armenian Book Fair, and on Nov. 1 at Haigazian University.

The ANI Center has republished eight volumes in the last two years. ANI is currently preparing the publication of two works—the monumental volume of one of Armenia’s Prime Ministers, Alexander Khatisyan, entitled The Origin and Development of the Republic of Armenia and The Responsibles by Hnchak leader Stepan Sapah-Gulian.[:]