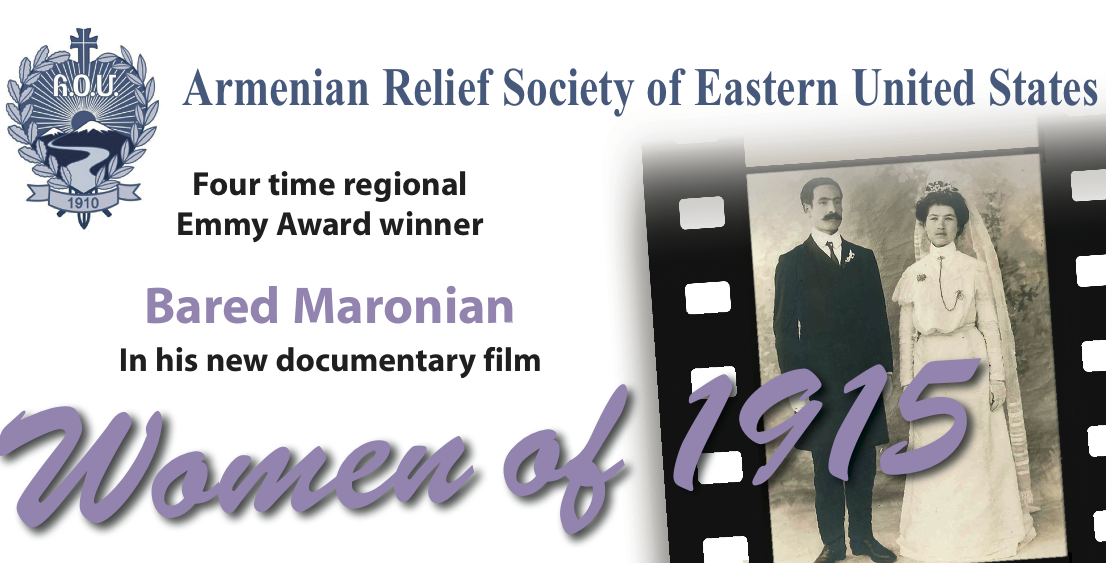 Armenia’s Ambassador to Canada, Mr. Armen Yeganian, welcomed particants and introduced the opening film, EARTHQUAKE, following introductory remarks to a packed auditorium delivered by the President of Hamazkayin’s Toronto ‘Klatzor’ Chapter, Tamar Donabedian. EARTHQUAKE is based on the true acts of heroism that transpired during and after the ferocious calamity that took place in Armenia on December 7th, 1988.

With the second film on Opening Night, REMEMBER, the audience had the exclusive opportunity to converse with cerebral director Atom Egoyan about human memory when grappling with the complexities of trauma. Atom engaged the audience during an intimate Question and Answer session following his feature which was preceded by a short film that Atom had narrated and which was commissioned by the Canadian Museum of Human Rights about a German soldier who became the chief archivist and photographer of the Armenian Genocide during World War I. Dr. Jeremy Maron, a curator from the Museum in Winnipeg, introduced the short film about Armin Wegner, the German soldier whose photographs to this day remain among the most authentic evidence of the Armenian Genocide that began in 1915.

Thursday evening‎, November 17th, was a magical affair as Filmmakers Aren Pedeci and Ela Alyamac from Istanbul attended the sold-out Canadian premiere of their groundbreaking film, LOST BIRDS, at Silver City Fairview. The film depicts the events of 1915 without displaying any violence and is told through the eyes of children. Alyamec and Pederci were honoured for their courage after the screening, as LOST BIRDS is the only film ever made entirely in Turkey about the Armenian Genocide, a topic which is considered taboo in Turkey and not part of the educational curriculum; mere mention of it by Turkish citizens in the past has led to criminal charges being laid against them.

Chris Alexander, the Canadian Cabinet Minister who laid a wreath at the foot of Dzizernagapert (Armenia’s Memorial Complex) in commemoration of the Genocide during the global ceremony on April 24 last year, presented both filmmakers with a commemorative gift on behalf of the Festival, complements of Narinée designs.

The comedy, ALL THAT JAM, completed Thursday evening with much laughter and applause. Director Alexander Andranikian attended the Canadian premiere and took part in an entertaining Q&A while discussing the trials and tribulations of filming a motion picture in a remote village in Russia.

On Friday evening, November 18th, the Festival moved south with the Canadian Premiere of charismatic director Serge Avedikian’s latest film, LOST IN ARMENIA, at the Regent Theatre. Gemini award-winning actress Arsinée  Khanjian, who stars in the film, joined ‎Avedikian at the podium following the screening and they collectively addressed the audience.

On Friday evening three time Pulitzer-prize winning journalist Steve Kurkjian attended the special screening of SPOTLIGHT, winner of the 2016 Oscar for Best Motion PICTURE. Reporter Arda Zakarian initiated a thoughtful Q&A period with Kurkjian following the film. Kurkjian was instrumental in creating the Boston Globe’s “Spotlight” investigative journalistic team in the 1970’s that led to the unraveling of the child abuse scandal within the Roman Catholic Church, as depicted in the film.

The visually stunning feature movie, MEMORIES OF THE WIND by Ozcan Alper, opened the program on Saturday, November 19th‎ at the Hamazkayin Theatre. The short film, SKTORASHEN, accompanied the feature, equally revealing the beauty of rural Artsakh, an autonomous Armenian enclave in neighbouring Azerbaijan. The unique documentary, ONE, TWO, THREE… by Arman Yeritsyan, was the next feature film scheduled. This documentary was attended by a large number of senior citizens who were uplifted by the powerfully optimistic spirit of the film that celebrates the resilience of the human spirit, whereby elderly community members organize and perform in dance spectacles in order to combat depression and other illnesses.

A series of short films took part in the segment titled, “Symphony of Film: O Canada,” which largely showcased the talents of Canadian filmmakers, including local directors Kalen Artinian, Alex Kerbabian, Tatevik Galestyan, Armen Poladian and Ara Sagherian who were all present to introduce their films. Thirteen short films were presented, nine of which were directed by Canadians.

The much-anticipated Gala Soirée took place on Saturday evening of November 19th. Los Angeles based comedians Vahé Berberian and Vahik Pirhamizei delighted the capacity crowd with their wit after the screening of the Canadian Premiere of their  feature film, 3 WEEKS IN YEREVAN. Chair of the Festival Jury Silva Basmajian moderated the session between the two funny men. In turn, much to the delight of the audience, the comedians surprised Basmajian, past Executive Producer at the National Film Board of Canada, bestowing upon her the Golden POM Award, the Festival’s highest honour marking Basmajian’s 10th year as Chair of the Festival’s Jury. Over her thirty year career at the National Film Board, Basmajian has produced over 200 films and served as a mentor to many aspiring filmmakers. She has voluntarily reviewed and considered over 300 films in her capacity as Chair of the Pomegranate Film Festival Jury. Following the screening, attendees continued to enjoy the delicacies at the‎ the winter-themed POM market while listening to live music into the wee hours of the morning.

The Festival’s final day, referred to as Super Sunday, comprised of thirteen films, commencing with Meg Ryan’s latest film, ITHACA. The film is based on an original screenplay written by William Saroyan and included a cameo appearance by Tom Hanks.

ITHACA was followed by a couple of well researched documentaries. The first of which was the Canadian Premiere of multiple Emmy Award nominated director Bared Maronian who spoke very eloquently following the film in a broad ranging interview conducted by Raffi Sarkissian, chair of the Sara Corning Centre for Genocide Education. Numerous dignataries were in attendance including the Federal member of Parliament for Markham-Unionville, Bob Saroya, who congratulated director Maronian as well as Festival organizers publicly in Parliament the following day.

Syrian born director Nigol Bezjian’s latest documentary, TEMPLE OF LIGHT, was the centrepiece of the Festival’s annual TALES FROM THE DIASPORA series. Bezjian was interviewed by longtime colleague Arsinée Khanjian following his film. Bezjian’s film was preceeded by three short films, of which Toronto based photographer and director Jamie Day Fleck was present to introduce her film, THE VOICE OF THE VIOLIN. Filmmaker Hayk Matevosyan from Los Angeles introduced his timely new short SYRIA MY LOVE.

Following the documentaries, ‎the evening was comprised of feature films, including Levon Minasian’s BRAVO VIRTUOSO, a co-production between Armenia and France. The film was co-produced by legendary French director Robert Guediguian and one of Armenia’s most popular filmmakers, Hrach Keshishyan. This film noire was preceeded by two short films, RED APPLES following its World Premiere at TIFF in September and ONCE I’VE HEARD A SWEET VOICE, a sentimental film about a young boy who is hearing impaired and learns to master the piano.

The Festival’s penultimate film was the North American Premiere of GOOD MORNING. A feature film about a young father who lives through the first twenty-five years of post-Soviet independence in the new Republic of Armenia. The film is a well woven coming of age story, encompassing the young republic’s independence movement, war with neighbouring Azerbaijan, food and electricity crises, along with meeting one’s first love and overcoming childhood fears.

GOOD MORNING was presented with a short documentary HOW TO CROSS FROM JILIZ TO JILIZ.‎ The short film premiered at the Hot Docs Documentary Film Festival and depicted the absurdity of how far a young girl must travel in order to visit family members who reside in the same village but live in a home on the other side of the international border between Armenia and Georgia.

The 2016 Pomegranate Film Festival’s closing film was the North American Premiere of HEAD OF STATE by Director Hrant Yeritskinyan. Initially from Armenia, Yerkinitsyan now spends half the year working in Toronto. He participated in a Q&A following his delightful comedy hosted by comedian and filmmaker Vahik Pirhamzei.