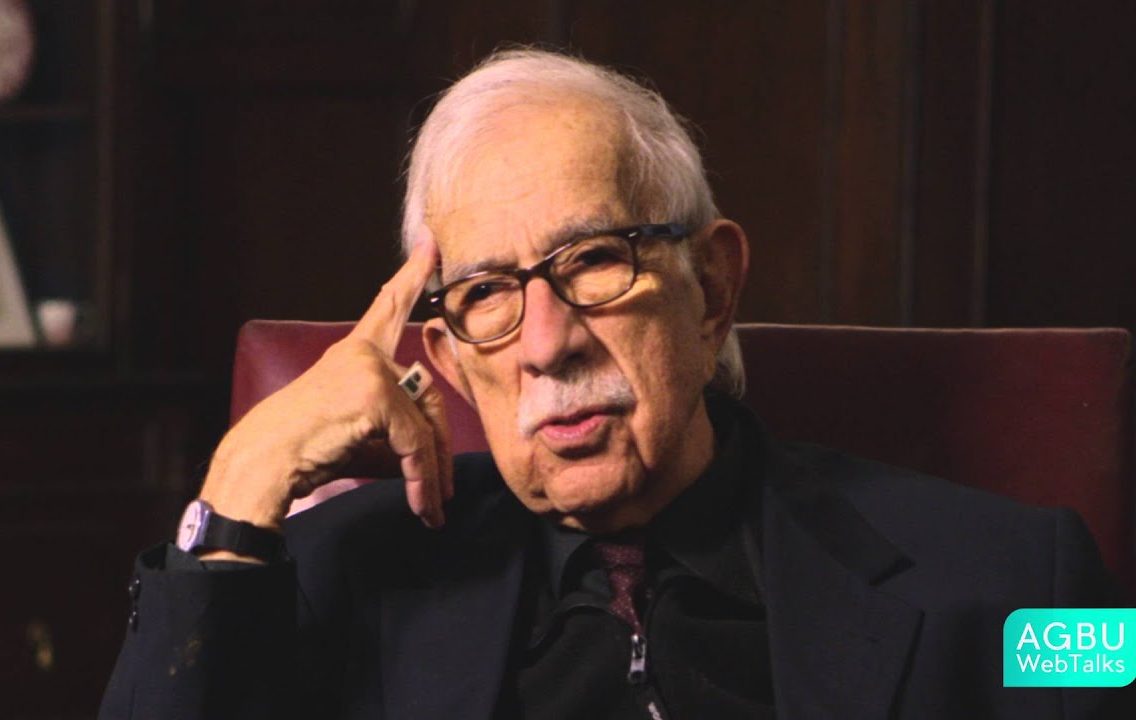 In last week’s large-scale attack on Artsakh (Nagorno-Karabagh), the Azeri military killed and injured dozens of Armenian soldiers and civilians, using sophisticated weapons purchased from Israel and Russia for billions of dollars.

The Armenian government and Armenians worldwide accused both Israel and Russia of responsibility for the innocent Armenian lives lost in the recent Azeri invasion.

Prof. Israel Charny, a staunch defender of human rights, could not remain silent knowing that his country—Israel—had a bloody role in the Armenian killings. As executive director of the Institute on the Holocaust and Genocide in Jerusalem, Dr. Charny sent a scathing commentary to the Israeli newspaper, Haaretz, under the provocative title: “Would Israel Sell a Used Drone to a Hitler?”

Here is what he wrote:

“If the Nazis were not at all murdering Jews but ‘only’ were murdering say hated Slavs, Gypsies, and Jehovah’s Witnesses; and if our beloved State of Israel were in existence; would you agree to our selling arms to the Nazis?

“Israel is reported to have sold billions of dollars of arms including to governments that are killing or threatening to attack victim peoples. Last week, there came reports that an Israeli drone in the hands of Azerbaijan—a huge arms customer of ours—was responsible for the deaths of six Armenians in the Armenian enclave Nagorno-Karabagh.

“The Armenians were the victims of a major genocide 100 years ago that has even been called the ‘Armenian Shoah’ by some Israeli scholars, including from Bar Ilan University. A great deal of their national and cultural concern continues to focus passionately on the memory of that genocide (does that sound familiar to us Jews?). For many years now, we Israelis—whether led by Labor or Likud—have insulted and hurt the Armenian people by failing to recognize their genocide officially and formally. Would we ourselves tolerate another government—say the U.S. or England—failing to recognize the Holocaust because of their realpolitik interest with the perpetrator government?

“One senior Armenian official has written several of us in Israel to express his deep pain as well as indignation now not only at our cowardly and self-serving denials of the Armenian Genocide but also at our thick military trade alliance with Azerbaijan. I am reminded of the prophet Nathan crying out to King David for an earlier though more delectable murderous act of self-interest: It’s bad enough that you killed him, are you also taking a profit from the sordid affair? The Azeris are a Turkic people who adhere to Turkey’s bizarre and fascist tradition of rewriting history and denying the Armenian Genocide.

“In general, how much do we Israelis want to strengthen our economy by lucrative arms sales? Of course, ‘everyone’ in the world is doing it, but do we have to also? Have we given up the image/dream of Israel as a moral leader of peoples on this planet? Is this idea tiresome, naïve, and childlike in a madly destructive and self-destroying world?

“An alternative concept could be that along with our building arms first and foremost for the defense of Israel, that we sell—or contribute—arms only to underdog peoples who are facing mass destruction, and/or to allies like the U.S., who are essentially committed to shared democratic values and peace. Of course, we will still be making some mistakes, but at least our conscience will be more clear that we have not delivered used arms to the ‘Nazis.’

“To my Armenian colleagues and friends, I can only say that as a Jew and as an Israeli, I am mortified—and angry.”

Charny’s harsh words are fully justified as both Israeli and Russian officials have shamefully pledged to continue shipping more weapons to Azerbaijan!

Charny has never shied away from expressing his critical views on Israel’s immoral policies on Armenian issues. In a scathing letter in 2001, he told Israel’s Foreign Minister Shimon Peres: “You have gone beyond a moral boundary that no Jew should allow himself to trespass. … As a Jew and an Israeli, I am ashamed of the extent to which you have now entered into the range of actual denial of the Armenian Genocide, comparable to denials of the Holocaust.”

Charny should be highly commended for his bold and righteous stand, taking to task the callous leaders of his own country!

Armenian Youth in Canada Raise Their Voice for Artsakh

‘Fragile’ Talks End With Agreement on Ceasefire on Oct. 10