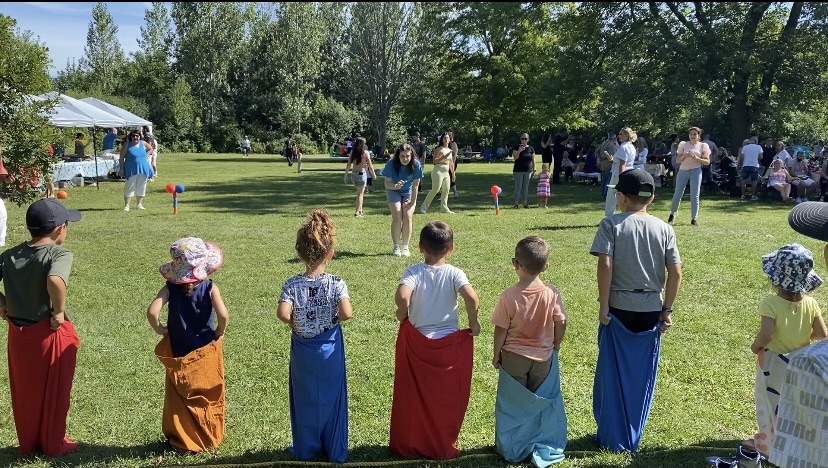 TORONTO—After a two-year interruption due to COVID-19 restrictions, the Union of Marash Armenians (UMA) Toronto chapter hosted its annual Marash Picnic at Bruce’s Mill Conservation Park on Aug. 28. Attendees, young and old, celebrated Armenian culture by enjoying Armenian music, dance, food, and games at the annual picnic, which has become a staple in the community for decades.

Established in 1977, UMA Toronto is a non-profit charitable organization and one of several UMA chapters worldwide. The Toronto chapter strives to preserve Armenian heritage and support the Armenian community by organizing dinner dances, cultural events, and theatrical performances.

“We make donations to other Armenian charitable organizations, churches, schools, and humanitarian causes, both locally and globally, from the proceeds of such events and fundraisers,” UMA Toronto president Alfred Karamanlian told Torontohye. The chapter has also provided scholarships to Armenian students studying in various post-secondary institutions in Canada.

Following the Armenian Genocide, various compatriotic societies, associations, and unions were established in different diasporan communities. Often, these groups assumed the task of preserving the history and culture of their provinces, cities, towns, and villages in historic Armenia from being lost and handing it down to future generations.

Though an earlier tradition of compatriotic organizations existed, following the genocide, newer groups emerged to support orphans and others from the home village who needed help and to bring people from the same area together again. While Armenian compatriotic unions usually had physical gatherings, they also published periodicals, newspapers, and magazines, which helped link members who all had ties to the same ancestral region.

“We were thrilled to host our traditional picnic again and look forward to more events soon. Those who wish to learn more about UMA Toronto and stay up to date with our activities can follow us on Instagram and Facebook,” Karamanlian said.